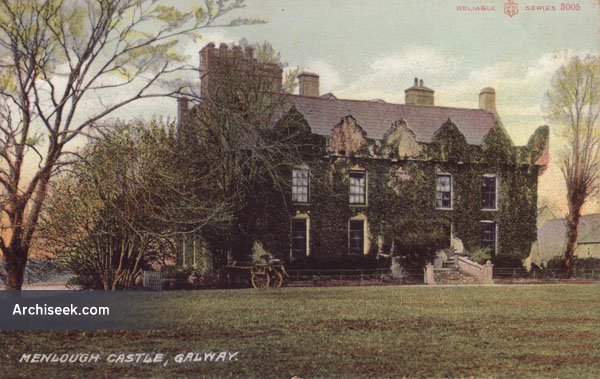 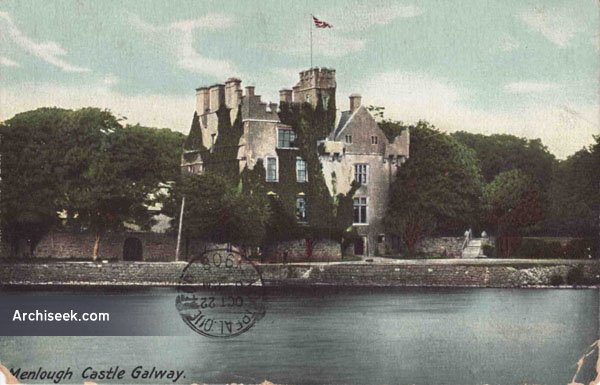 A sixteenth-century tower house which has been altered and enlarged at various periods – notably with a two-bay four-storey block of c.1720. A 17th century tower house with substantial additions. In 1786 Wilson refers to it as the seat of Sir Thomas Blake. Menlo Castle was occupied by Thomas Blake at the time of Griffith’s Valuation when it was valued at £30. It continued to be the home of the Blake family until the house was burnt by an accidental fire in 1910, in which three people died. It has been a ruin ever since.