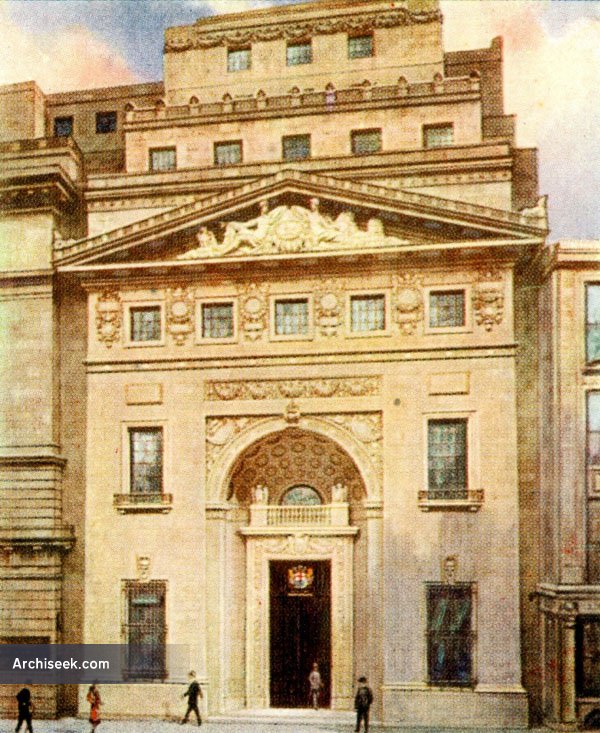 The first Lloyd’s building (at 12 Leadenhall Street in the City of London) had been built on this site in 1928. bY 1978, Lloyd’s had outgrown their accommodation, and decided that they needed a new building. An architectural competition attracted designs from architecture practices such as Foster Associates, Arup and American architect I.M. Pei. Lloyd’s then commissioned Richard Rogers to redevelop the site, and the original 1928 building was demolished to make way for the present one. The main entrance at 12 Leadenhall Street was preserved, and forms a rather incongruous attachment to the iconic modern structure. It was clearly considered that the portland stone facade was too good to be destroyed. World War I & II memorials, to the Lloyd’s staff that gave their lives, are built into the facade.