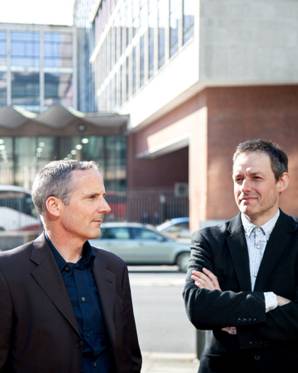 Jimmy Deenihan, T.D., Minister for Arts, Heritage and the Gaeltacht, today announced the Commissioner and Curator for Ireland’s representation at the 14th International Architecture Exhibition in Venice in 2014. Ireland at Venice is an initiative of the Culture Ireland Division of the Department of Arts, Heritage and the Gaeltacht in partnership with the Arts Council. Following an open competitive process, Gary A. Boyd and John McLaughlin were selected to act as Co-Commissioners/Curators. The Minister indicated that his Department is committed to supporting Ireland’s participation at the Venice Biennale saying “the international interest in Irish architects is particularly strong and Ireland’s presence at the Biennale highlights the high calibre of Irish architects and helps provide international exposure and opportunities”.

The 14th International Architecture Exhibition, Venice 2014 is entitled Absorbing Modernity 1914 – 2014 and will be held from 7th June to 23rd November 2014 at the Giardini and Arsenale venues. Announcing the theme its director Rem Koolhaas stated – “Ideally, we would want the represented countries to engage a single theme – Absorbing Modernity: 1914-2014, and to show, each in their own way, the process of the erasure of national characteristics in favour of the almost universal adoption of a single modern language in a single repertoire of typologies.”

Responding to the overall theme of the Biennale, Boyd and McLaughlin’s proposal looks at the social and material dimensions of infrastructures in forming the identity of Ireland since independence, and the embodiment of these in architecture. They explain how
“In an Irish context there are complex readings due to decolonisation and political independence. After independence the construction of new infrastructures was seen as part of the building of the new nation. The adoption of international style modernism in architecture was perceived as a way to escape the colonial past”.

Christine Sisk, Director of Culture Ireland said: “The Venice Architecture Biennale is the greatest world showcase for the presentation of architectural talent. The selection of Gary Boyd and John McLaughlin to represent Ireland in 2014 should serve to build on Ireland’s success at the 2012 Biennale and serve to further highlight the talent of Irish architects around the world. ”

Orlaith McBride, Director of the Arts Council, said: “We are delighted to support Gary and John to represent Ireland at the Venice Architecture Biennale in 2014. Architects in Ireland have an immense reputation internationally and we continue to be proud of how we can highlight this in Venice. Gary and John’s presentation will showcase the critical role Irish architecture played in the infrastructural development of Ireland as a modern state and due to this, the project in and of itself, is of immense importance”