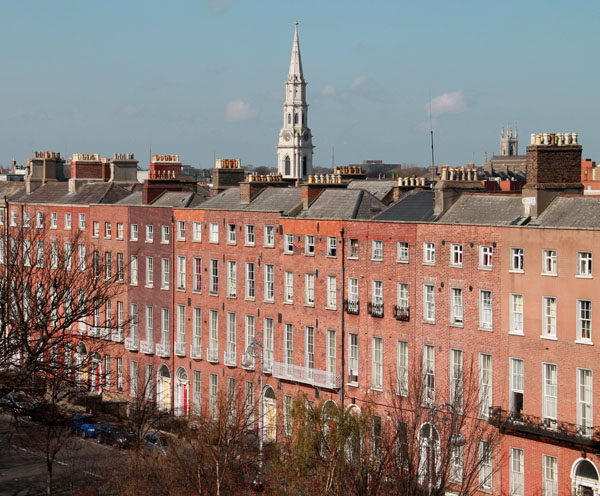 Dublin Civic Trust has announced a major one-day conference assessing the role and significance, past, present and future, of the historic squares of Dublin. Placing a special emphasis on the north Georgian area of the city, this major one-day symposium will be hosted in the magnificent environment of the former ballroom of the Assembly Rooms of the Rotunda Hospital on Parnell Square, once the focus of social life in eighteenth-century Dublin.

Dublin’s five major historic squares are emblematic of the city’s internationally renowned eighteenth-century heritage, synonymous with Enlightenment principles of urban planning, ordered street architecture and classically inspired park and garden design. The square has ancient roots in Greek and Roman civilisations, and later in the Renaissance civic planning of continental Europe, however it is the local, vernacular interpretation of the urban square in the Dublin context, and the social and economic dynamics that forged it, that lend these surviving built and natural landscapes a unique interest in the modern world.

The conference will feature a host of expert national and international speakers highlighting the architectural, cultural, social and economic significance of the five major historic squares of Dublin and their hinterlands. It will showcase their historic evolution through estate planning and management, building speculation and development, public landscape design, and the various international influences that helped shape the now familiar landscape of the city.

It is also recognised that the role of the squares in Dublin is much greater than as an isolated cultural asset, as they also serve as a key social and economic resource for the city at a time of growing environmental awareness and international competition between major urban centres. Much discussion and academic research in recent decades has rightly centred on the historic evolution of the squares, but much less so on their modern-day role as hubs of living, working, leisure and community life.For the first time in a public forum, this conference aims to stimulate public discussion about the conservation of the built and natural environments of Dublin’s squares through exploring new uses for buildings, reinventing the public realm and promoting new perspectives on the role and design of their public gardens and parks. It also seeks to explore how the economic and social vitality of the city can be enhanced through changing perceptions about the squares and their attendant streets, reshaping predominately commercial uses on the south side and widespread inadequate residential standards on the north side, into world-class community and commercial centres that innovatively embrace this unique heritage asset.

You can book for this event online here.