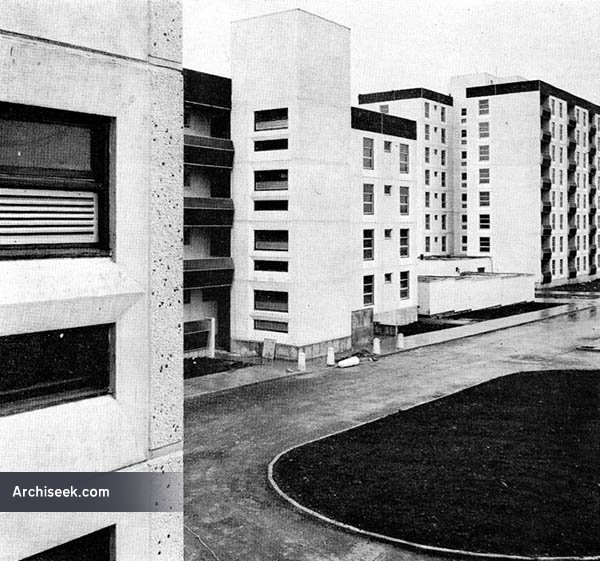 Built on the site of the old Richmond Barracks, and finally demolished after years of decline in 2013, St Michael’s Estate had become a byword for poor quality urban housing. Richmond Barracks was given over to the new Free State Army in 1923. In the 1940’s the Army moved out and the land was given to Dublin Corporation. Around this time the area was known as Keogh Square, which was primarily composed of tenements, and had the name of being a slum on the city fringe. When the flats were being built, there was a huge demand of people who wanted to be housed there. There was heating, green spaces, and of course high-rise communities were viewed as the way of the future. Conditions started to decline almost immediately. Working families were given housing grants of £5,000 by the Council, so many of them simply moved out. The council rarely vetted the tenants it assigned to the flats which led to various anti-social problems. In the mid 1980s the Council conducted an official survey of the tenants’ wishes, and aside from those who wanted to pack up and leave, the majority of the others favoured complete demolition and redevelopment of the Estate. They wanted simple houses with gardens. Photographs published in Architectural Survey, 1971.