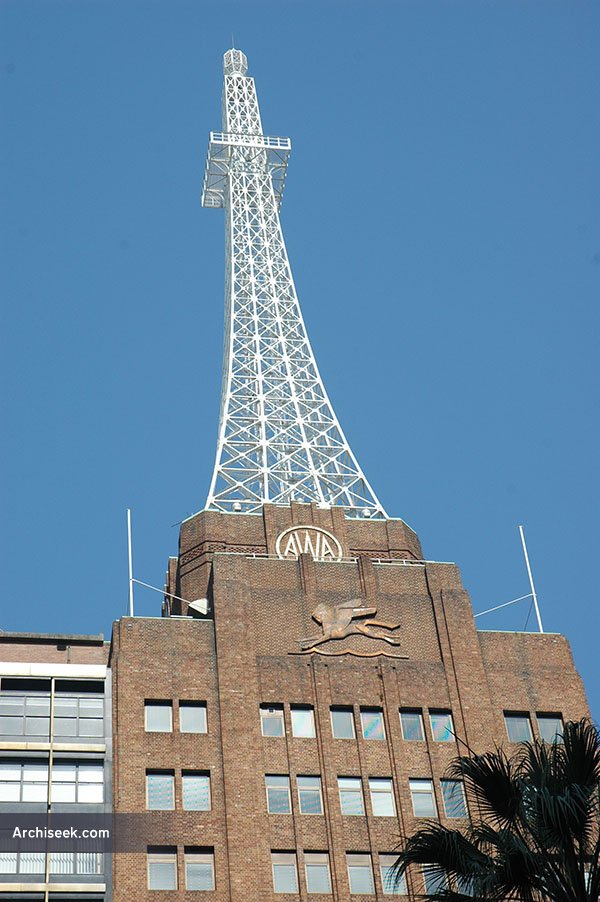 The AWA Tower was designed by architects Morrow and Gordon from 1937–1939 and became one of the most notable commercial buildings of Sydney. With its geometric Art Deco design, the tower was modelled on Berlin’s Funkturm Tower, built a few years earlier. The communications tower was an integral part of the structure and remained the tallest structure in Sydney, other than the Sydney Harbour Bridge, until the 1960s. The tower is 46 metres high atop the 55 metre high building. The building is decorated with appropriate symbols of communication, including a winged Pegasus, said to be chosen by Sir Ernest Fisk, the pioneer of wireless technology and a founding director of AWA.