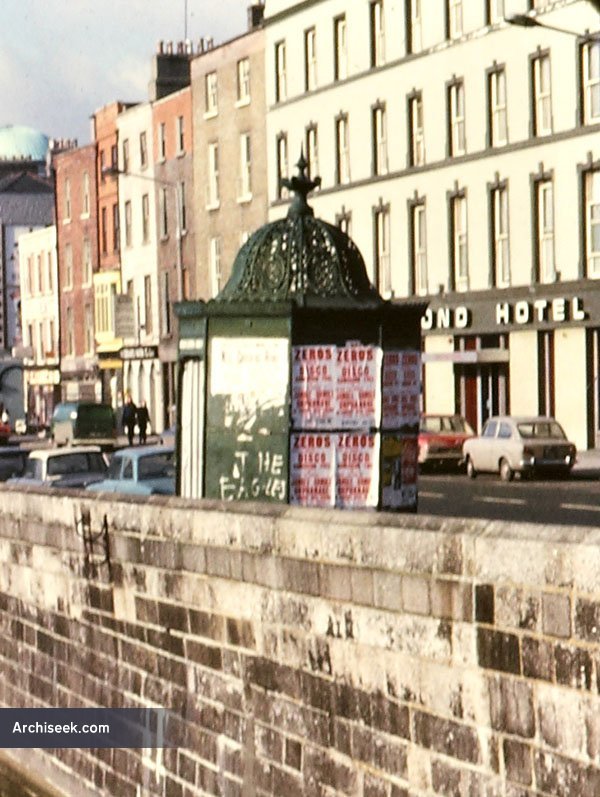 One the French style pissoirs imported prior to the 1932 Dublin Eucharistic Congress as part of a ‘clean up Dublin’ campaign. Removed sometime during the 1970s. Supposedly sold by Dublin Corporation to a student for £10. It ended up being used as a gazebo in a garden in Sandymount.

Other locations included: the junction of Fairview and Malahide Road; Eden Quay.