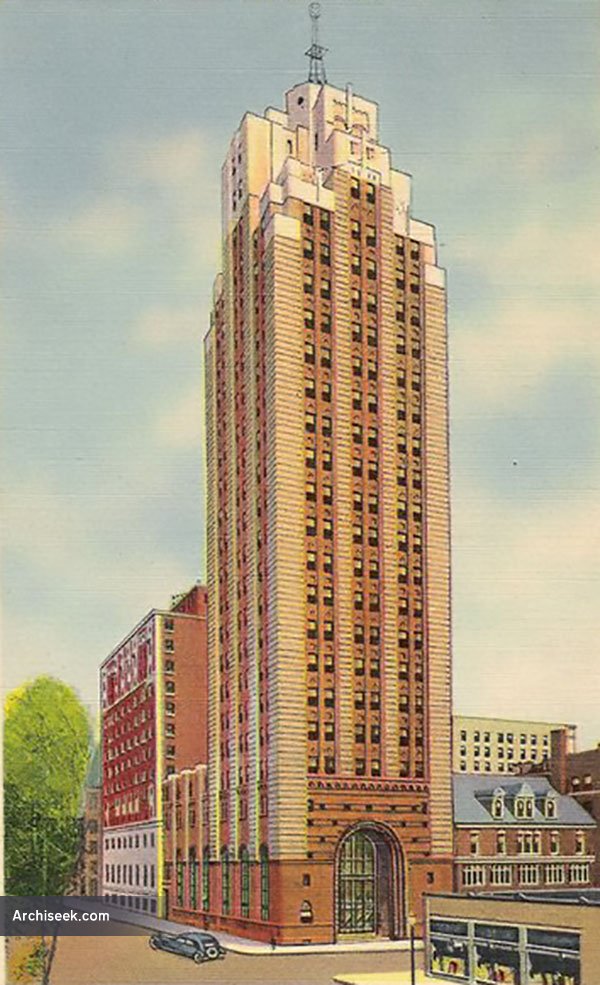 Now known as the Boji Tower, this brick and limestone-faced tower, with its tall, narrow profile topped with a spire and beacon, is a typical Art Deco skyscraper design. It includes four engraved panels in the portals of the main passenger elevators that reflect themes of labor and industry – an artisan, a locomotive, a car, and an aorplane. The tower’s facade consists of 654,000 bricks of 17 different colors. A public observation deck was originally open on the top floor. The building is occupied by a mix of office, retail, and government tenants.

The Michigan National Tower was originally named the Olds Towers in honor of industrialist Ransom E. Olds. Added to the National Register of Historical Places in 2005.