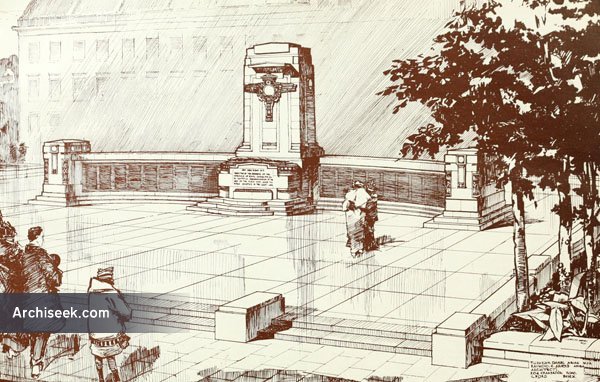 Unbuilt design, selected after an architectural competition, for a war memorial and small plaza at Euston Place in Leamington Spa.