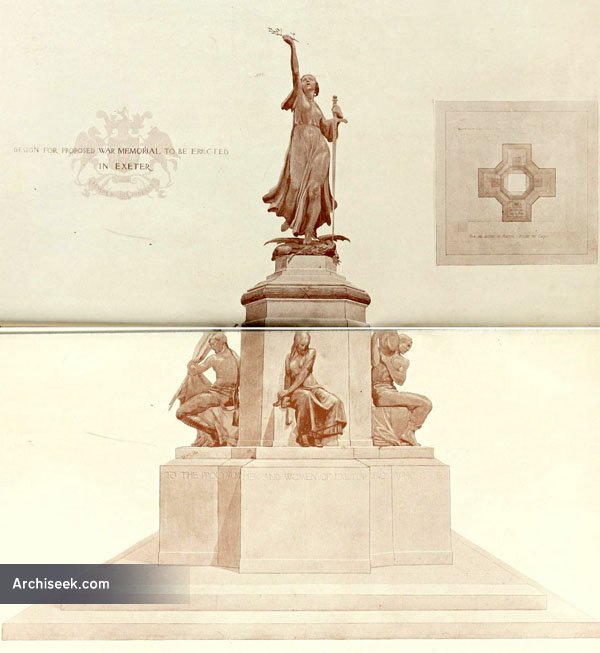 Designed by John Angel and erected in 1923 at a cost of £6000 and supported by public subscription. Published in The Building News, August 20 1919: “The committee appointed by the citizens of Exeter, have finallv decided that a design submitted by Mr. John’ Angel, the sculptor, for their war memorial, is the most suitable. The design embodies a statue of Victory. holding aloft a wreath, her foot upon a dragon. Grouped around a simple pedestal, is the figure of a sailor, a soldier, a hospital nurse and a land worker. The figures will be in bronze, and the estimated cost about £5,000. The site for the memorial is Northernway, a picturesque one, of much natural beauty. Mr. Angel, the designer, is a native of Exeter, he commenced his career at the Exeter Art School, from there he proceeded to the Royal Academy Schools, winning the Academy Gold Med.il and the Travelling Scholarship in 1911. “I’he current exhibition contains a group by him, entitled St. George. Exeter is to be doubly congratulated, on having produced such a clever artist, and on placing the execution of their war memorial on his hands.”