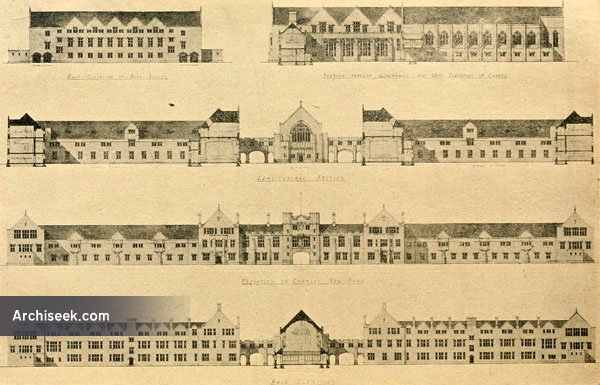 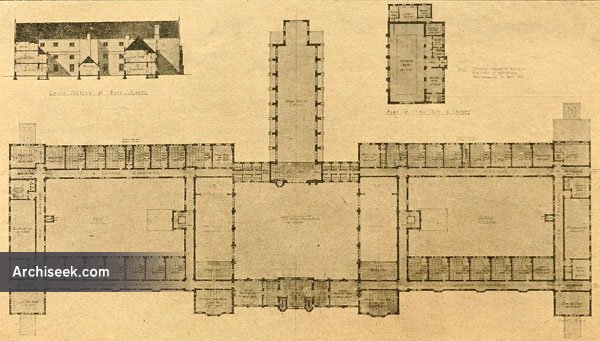 Now known as the Bolton School. Central block completed by 1928, the outer quadrangles added later, completed in 1965, fulfilling the original plan for the school. Charles T. Adshead was the original architect, with Bradshaw, Gass and Hope, architects of later work. Intended for girls as well as boys from the outset, the school was designed to contain 2 separate establishments, each occupying half of an exactly symmetrical building

From The Building News, March 5, 1919: “There were forty-eight competitors. The style specified by the conditions was restricted to Elizabethan or Tudor architecture handled in a “striking and imposing manner.” Runcorn stone was specified for the facings. The price had to be proportionate to the required accommodation, but no precise limit otherwise was imposed save that the scheme must be so arranged that the building could be erected in sections, and likewise a big library common to both sch 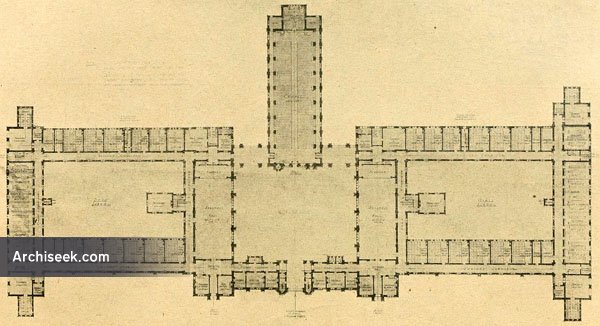 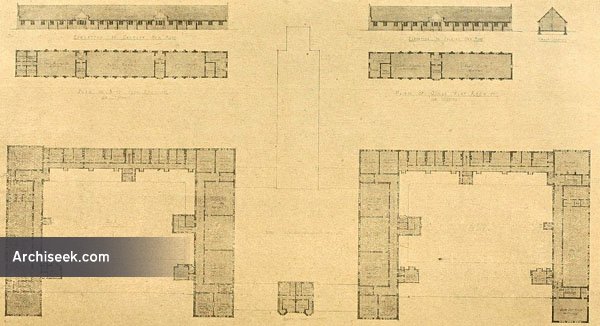 Assembly-room for girl guides with commandant’s office forms a new feature .for schools also. Flower-rooms, musicrooms, staffrooms, matron’s living-rooms, stores necessarily are included, besides a vacuum cleaning plant. The system of heating is to be hot water. Ample lavatory accommodation is made a feature of the scheme. These particulars furnish the most concise information to enable the reader to follow the scheme of the chosen design of which we give all three of the plans and five elevations. The architect is Mr. Charles T. Adshead, A.R.I.B.A., of Manchester. Messrs. Bradshaw, Gass, and A. J. Hope, of Bolton, were the assessors. Two hundred and fifty guineas was given to the design placed first. Lord Leverhulme, the promoter, and the trustees resented the right to select six designs for a final competition should the assessors advise such a contest ; but that has been decided unnecessary, and Mr. Adshead has been appointed architect of the new school buildings.”