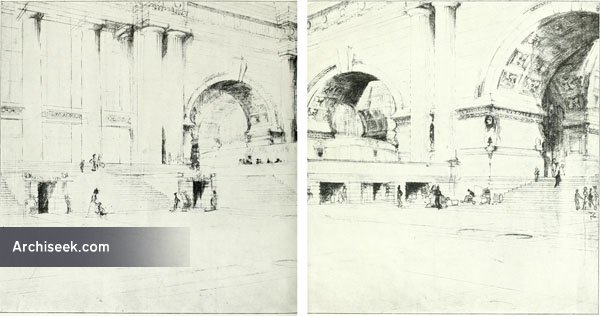 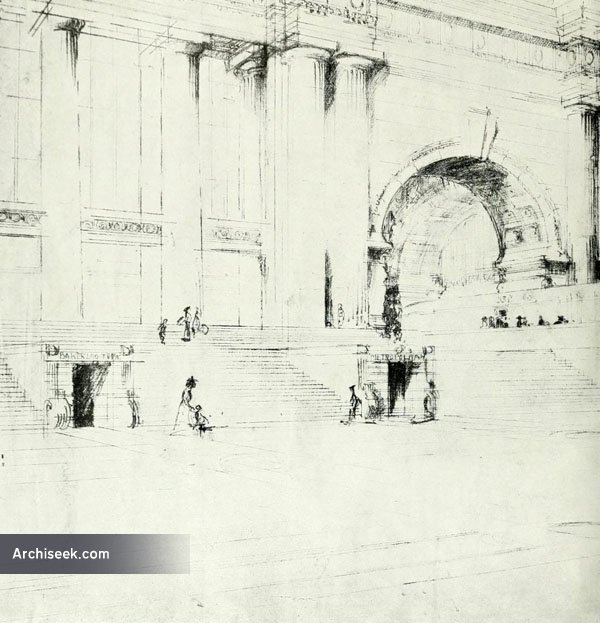 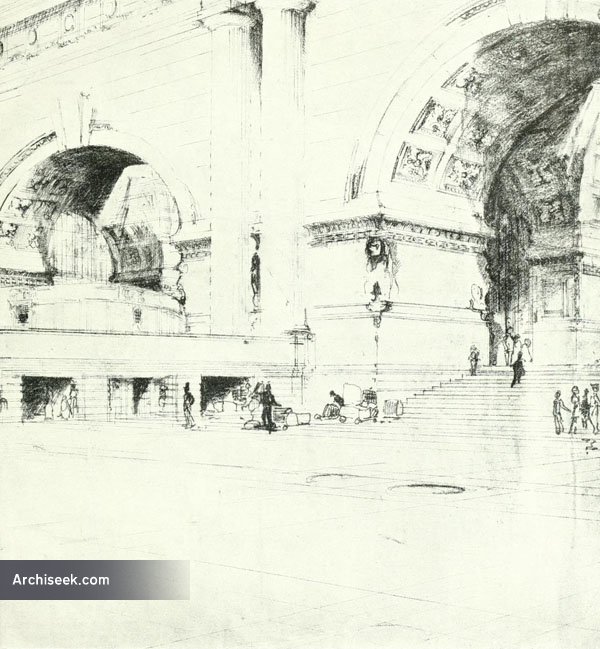 Un-constructed design for the remodeling of Paddington Station in London. Published in The Building News, June 11 1919. Tildens’ best known works, apart from an unexecuted design for a tower atop the Selfridges department stire, were all for politicians. from 1918 to 1923 he designed the Moorish Courtyard, compared by Honor Channon to a “Spanish brothel”, and the gardens and swimming pools at Port Lympne for Lloyd George’s secretary, Philip Sassoon and may also have worked for Sassoon at Trent Park. Later in 1920s he completely reconstructed Chartwell Manor for Winston Churchill and during the same period built Bron-y-de, at Churt in Surrey, as a country house for David Lloyd George.