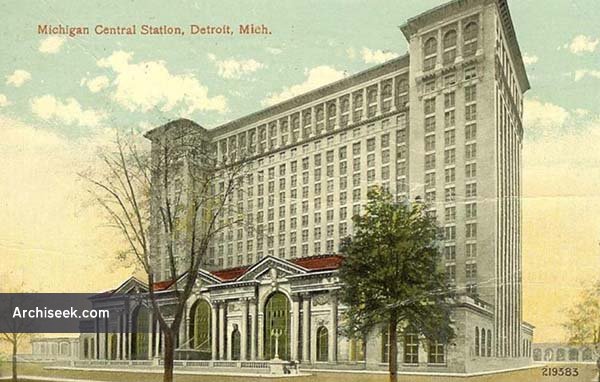 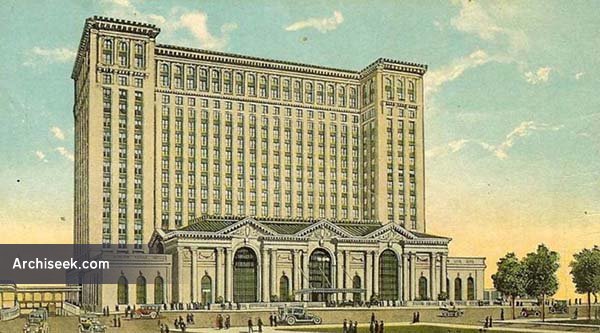 Designed by the Warren & Wetmore, who also designed New York City’s Grand Central Terminal, in the Beaux-Arts Classical style. The building is composed of two distinct parts: the train station itself and the 18-story tower. The tower was never completely utilized; the top floors were never completely furnished, and served no function.

The main waiting room on the main floor was modeled after an ancient Roman bathhouse with walls of marble and vaulted ceilings. The building also housed a large hall adorned with Doric columns that housed the ticket office and arcade shops. Beyond the arcade was the concourse, which had brick walls and a large copper skylight. From here, passengers would walk down a ramp to the departing train platforms, 11 tracks in all. Below the tracks and building is a large area for baggage and mail handling and offices. The price tag for this 500,000-square-foot building was $15 million when it was built.

It closed as a railway station in 1988 and has been derelict since. It was added to the National Register of Historic Places in 1975. Restoration projects and plans have gone as far as the negotiation process, but none has come to fruition. In 2011, work began to remove glass and add new windows.