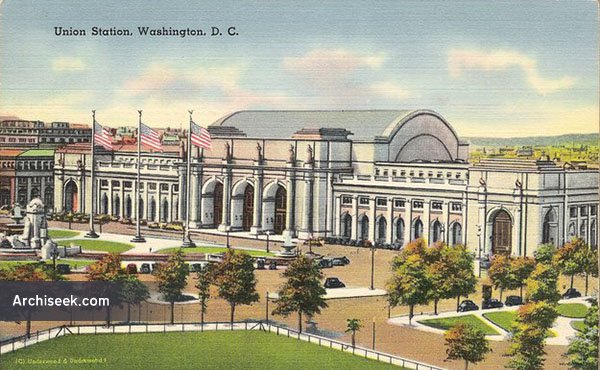 Constructed by the US Government, Pennsylvania Railroad, and the Baltimore & Ohio Railroad, the cost of the land and terminal exceeded 18 million in 1907. AT the time of completion, it was one of the finest railway terminals in the world, with a granite frontage of 620 feet in length. The main waitingroom was a colossal 220 feet by 130 feet.

Prior to its opening, both railway companies operated separate terminals on the National Mall. The consolidation of the depots and removal of railway lines allowed the creation of the Mall as it appears today. A new Amtrak terminal at the back of the building behind the original Concourse. Trains no longer enter the original Concourse but the original, decorative gates were relocated to the new passenger concourse.