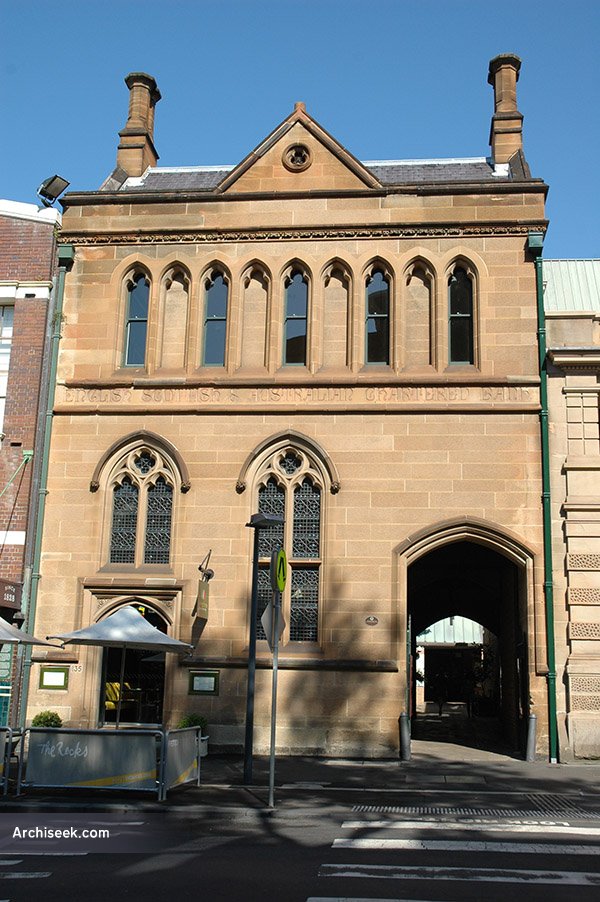 Constructed from sandstone and designed in the Gothic Revival style by prominent architect William Wardell, this a rare Sydney example of the secular use of this type of architecture which is more commonly associated with ecclesiastical or academic buildings. The English, Scottish & Australian Bank Limited was a former bank which was founded in 1852 by Royal Charter in London and was known as the English, Scottish and Australian Chartered Bank. It was merged with the Australia and New Zealand Bank in 1970.