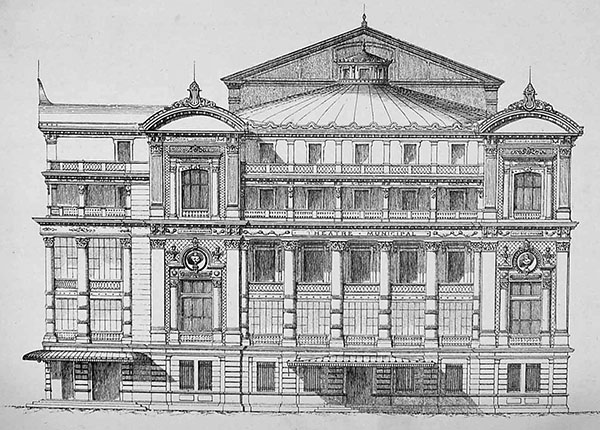 After the previous opera house on this site burned down after a gas explosion during a performance in 1881, andarchitectural competition was held for a new building. Francois Aune, a student of Gustave Eiffel, submitted his proposed plans and these were validated by Charles Garnier, who was then Inspector of Civic buildings. This new municipal theatre was inaugurated on 7 February 1885. Classified as a historic monument in March 1992.. Illustration published in The Builder, January 5 1884.