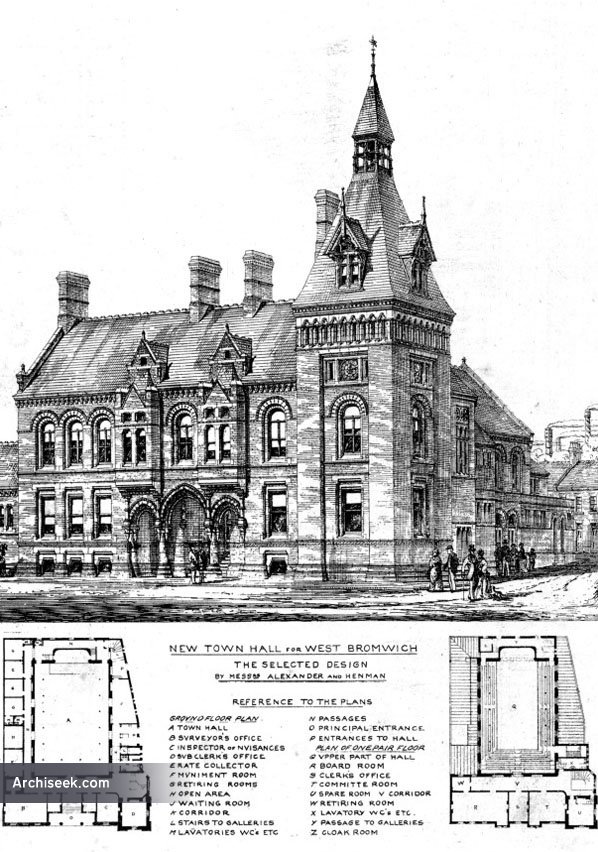 The Town Hall, situated in the centre of High Street, was built between 1874 and 1875 in brick and stone to an Italian Gothic design of the architects Alexander & Henman of Stockton-on-Tees, Middlesbrough. Chosen after an architectural competition, the perspective view, as published in The Building News, October 27th 1871, was pretty much as constructed. At the main entrance of the Town Hall is a triplet of arches supported by stone columns with carved capitals, which are decorated with medieval carved heads representing the twelve months of the year. A flight of stone steps lead up from the High Street into a wide corridor which encircles the main hall. The interior of the Town Hall is highly decorative with theceilings, iron work, walls and pillars all decorated from designs by the architects and the “harmonious blending of colours, and the magnificent stencil work costing many days of artistic and patient labour, cannot be too highly praised and words can hardly express the charming effect they have produced.” It was later extended to match the original design. Grade II listed.