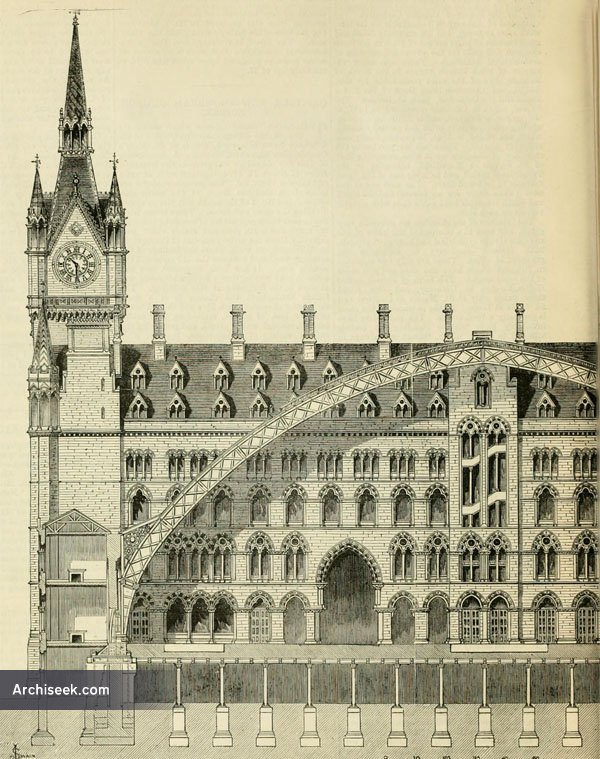 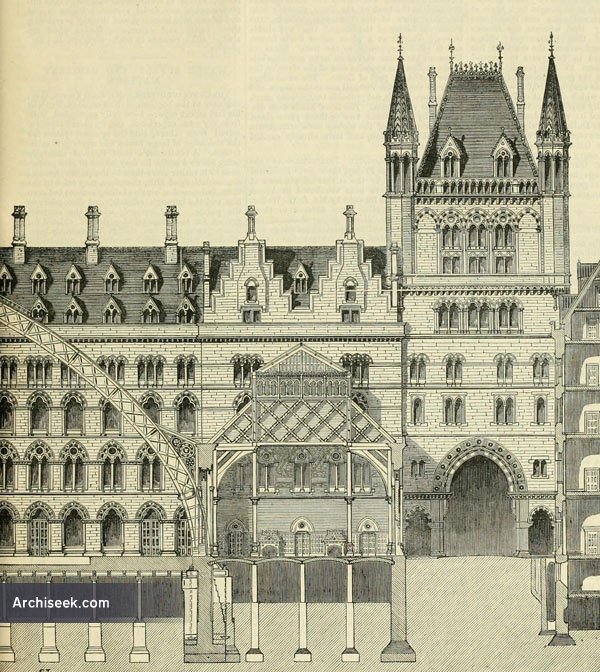 A Grade I listed building, itwas opened in 1868 by the Midland Railway as the southern terminus of its main line, which connected London with the East Midlands and Yorkshire. When it opened, the train shed, by the engineer William Henry Barlow, was the largest single-span structure built up to that time.

St Pancras includes two of the most celebrated structures built in Britain in the Victorian era. The frontage of the station is formed by the former Midland Grand Hotel, designed by George Gilbert Scott, an impressive example of Victorian Gothic architecture, now occupied by the five-star Renaissance London Hotel and apartments. Illustration shows a cross section through the shed.