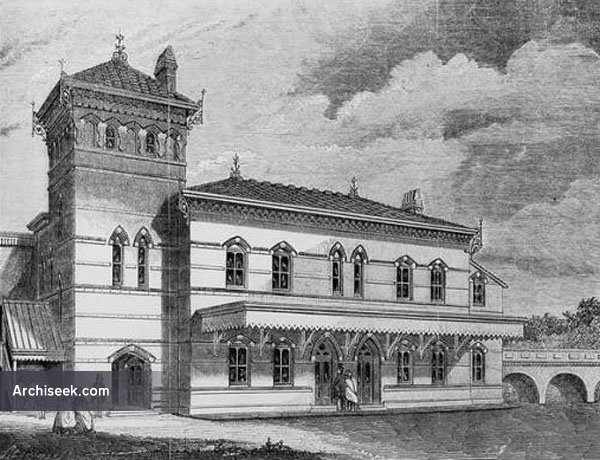 Herne Hill station and the first section to be completed of a new line from Beckenham Junction to Victoria, and opened on 25 August 1862. The station was designed by architect John Taylor assisted by railway engineers Joseph Cubitt and J.T. Turner. The building was intended to impress: it had tea rooms offering buffets, decorative brickwork and a tower (which also served the practical function of concealing the water tank for steam locomotives). The Building News described the station in 1863 as “spacious and convenient … and of the very best quality”. It also stated that “an unusual amount of decorative taste has been displayed” in the station’s construction; even the viaduct was praised as “one of the most ornamental pieces of work we have ever seen attempted on a railway” for its fine brickwork.