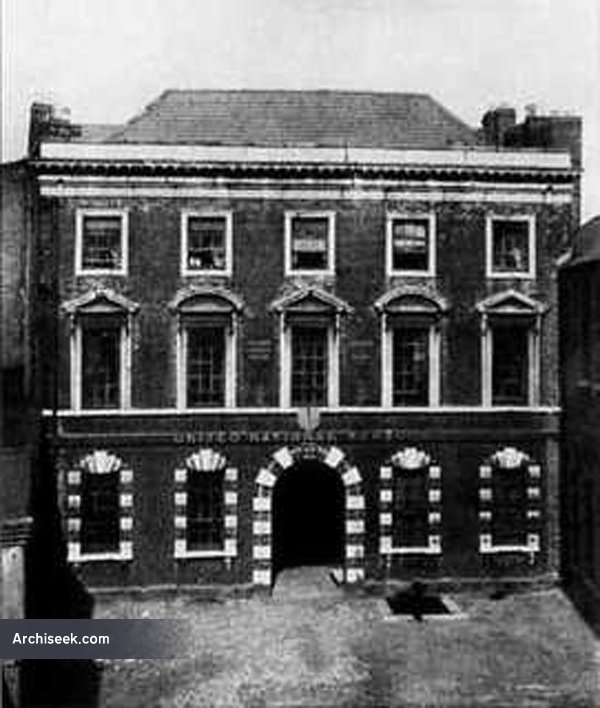 Designed by Sir Edward Lovett Pearce for Dean Welbore Ellis. Although it looked like a single house, it in-fact contained three houses, one each for the Dean, Chancellor and Chanter of the Cathedral. Never popular with the church hierarchy, the Dean moved out in 1843, and by the 1760s, it was leased out. Demolished in the 1880s.

Described in Wright’s “An Historical Guide to the City of Dublin” in 1825 as: “The residence of the Dean was in a court yard behind Fishamble street adjoining St John’s Church. It is an extensive and handsome brick building with stone architraves round the windows, but the situation was so injudicious that it was little used as the residence of the Dean, being let for some time as a Record office, and is now a merchant’s warehouse. The present Dean resides in his private mansion at Glasnevin about one mile from Dublin.”