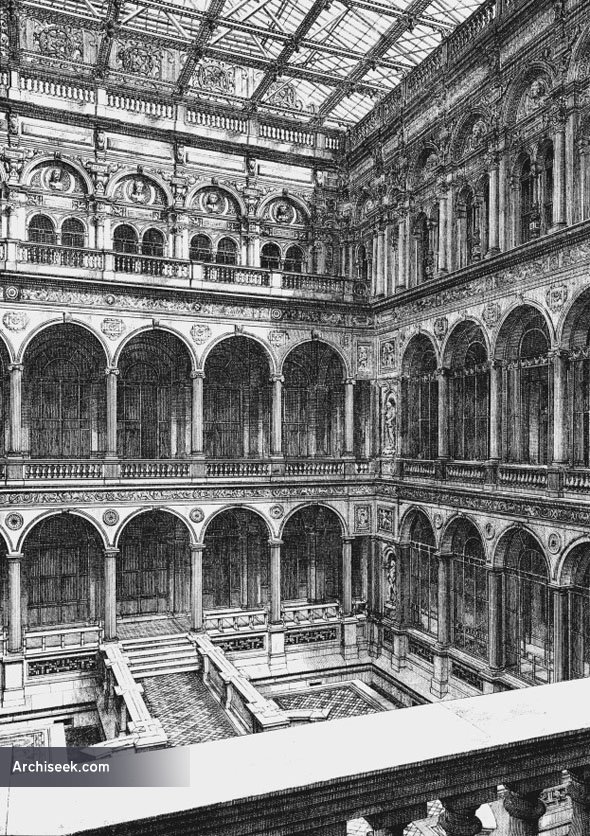 Matthew Digby Wyatt was am Anglo-Irish architect (brother of Thomas Henry Wyatt) and art historian who became Secretary of the Great Exhibition. He was appointed to the post of Surveyor of the East India Company in 1855, shortly before its role in governing India was taken over by the Crown, and subsequently became Architect to the Council of India. In this role he designed the interiors of the India Office in London (1867: now part of the Foreign and Commonwealth Office) and the Royal Indian Engineering College (1871-3: now the Runnymede campus of Brunel University). The exterior of the Foreign and India Office was to be designed by George Gilbert Scott, and he and Wyatt reached an agreement where Wyatt would be responsible for the interiors. The interior are particularly impressive including this central court, which was referred to as the Sultan’s Court at the time of its completion. The budget for the interiors was impressive – there was a desire for sumptuous setting for affairs of state and diplomatic functions – and extra resources came from the sale of the old East India House in Leadenhall Street, as well as from Indian revenues.