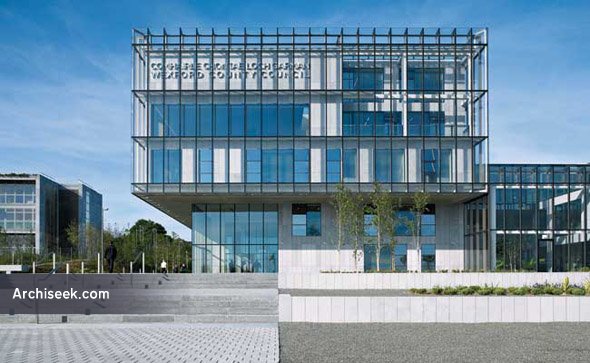 Two buildings in the Republic of Ireland have emerged as winners in the EU Category of the RIBA Awards 2012. Scott Tallon Walker won for their renovations at the former Carroll’s Factory in Dundalk, and Robin Lee Architecture won for Wexford County Council Headquarters.

Commenting on the classic Carroll’s building, the RIBA said “It is not often that a firm gets a chance do a makeover of one of their masterpieces. The major design decision taken was to organise the offices around three atria. This required three 20×20 metre bays to be jacked up by a metre to create two storey accommodation. This is a project that has rescued an important example of mid-century modernism and answers questions about how best and most economically we can re-use under-performing and outmoded structures, rather than building from scratch.” 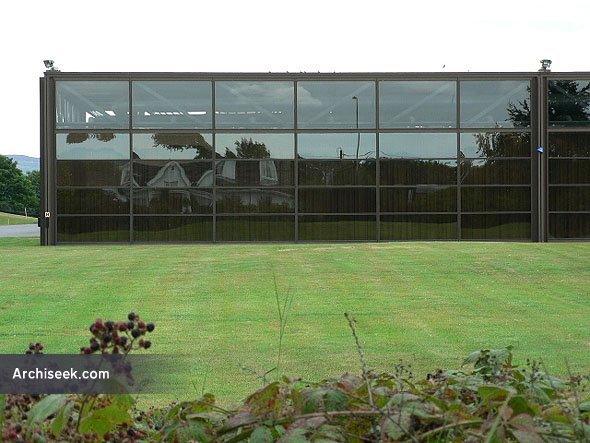 On the Wexford County Council building, RIBA stated that “This is the last and most successful of the local government buildings built in Ireland over the last decade. An internal plaza that delights in shade and light unites the six departmental buildings separated by sheltered, lushly planted outdoor courtyards. A glazed skin wraps the whole building, providing shelter from the wind so that windows opening into it admit tempered air. Together, these strategies help to drive a natural ventilation scheme that is very carefully considered in what is ultimately a relatively deep plan building.”