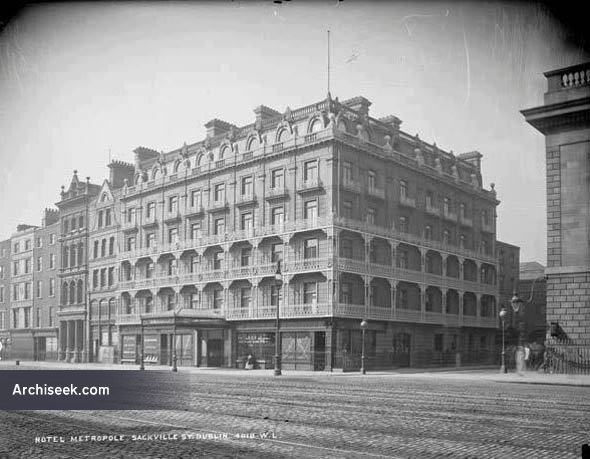 The Hotel Metropole was a landmark in Dublin, located next to the General Post Office building in O’Connell Street. Originally four Georgian buildings combined together to form a hotel and known as the Prince of Wales, the building received various architectural embellishments to visually tie them together. Remodeled internally and externally by William M. Mitchell in 1891-93.

Mitchell created a highly elaborate high Victorian French-style facade with magnificent ironwork balconies on the first and second floors and smaller balconies on the third. An attic mansarded storey was also added. 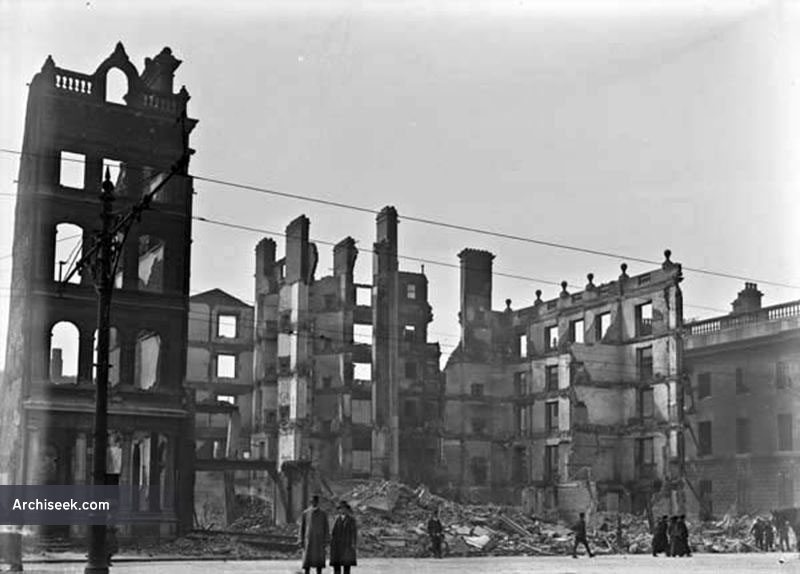 Completely destroyed in shelling of the GPO during the Easter Rising of 1916, the few remaining walls were demolished. The photograph above shows how little remained of the structure after the bombardment and fire.