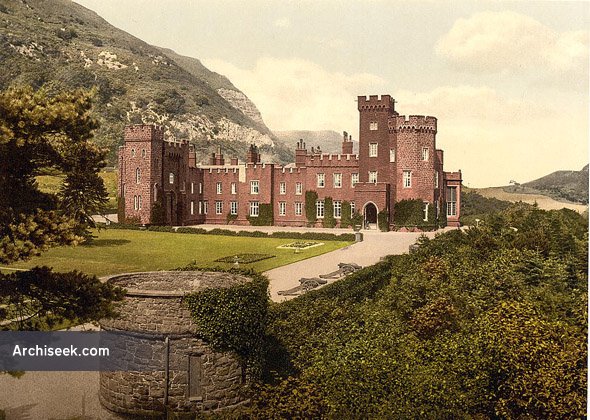 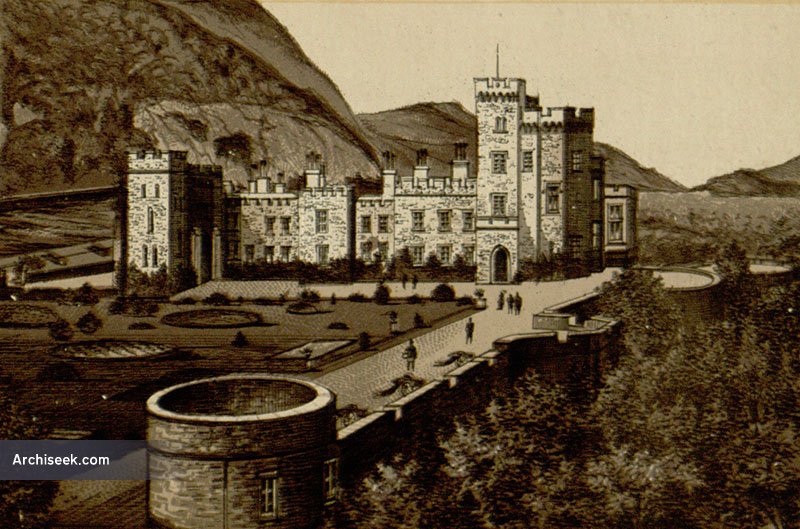 Designed by Lewis Vulliamy, an English architect. for the Marchioness of Londonderry on a spectacular elevated site. Described as “grimly rectangular”, the castle has little of the finesse or romanticism of many of the other large country houses being constructed in Ireland at the time.

Used as an hotel in the early twentieth century, the interiors were largely destroyed by fire between the the two world wars. Later converted into a school with additions.