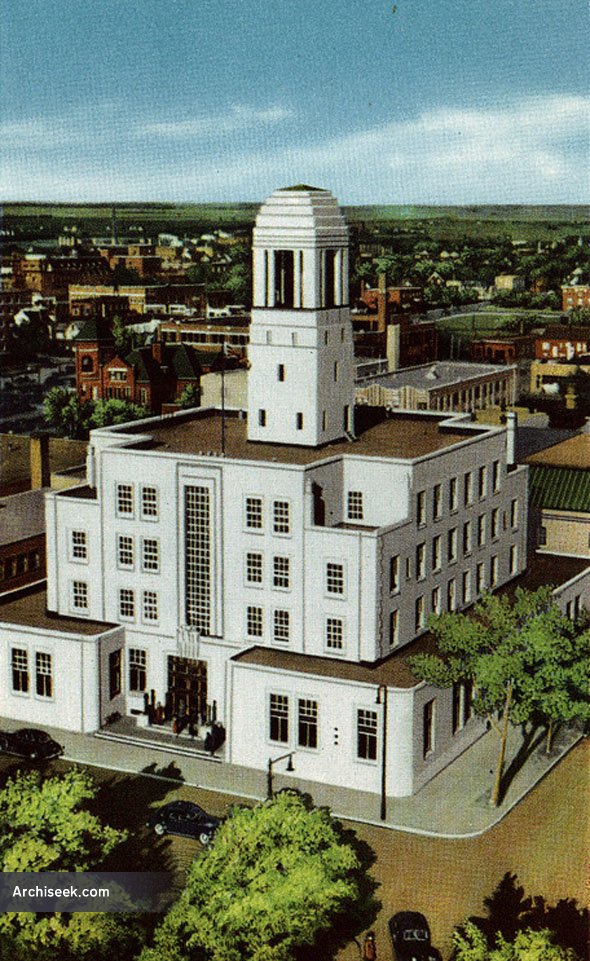 The four-storey stone and brick building presents a stepped back, geometric mass with a flat-roof and prominent central tower. It was built as a make-work project during the Great Depression. It was designated a national historic property in 1987. It is the third building to stand on the site – the first was Regina’s first courthouse, where Louis Riel was tried in 1885.