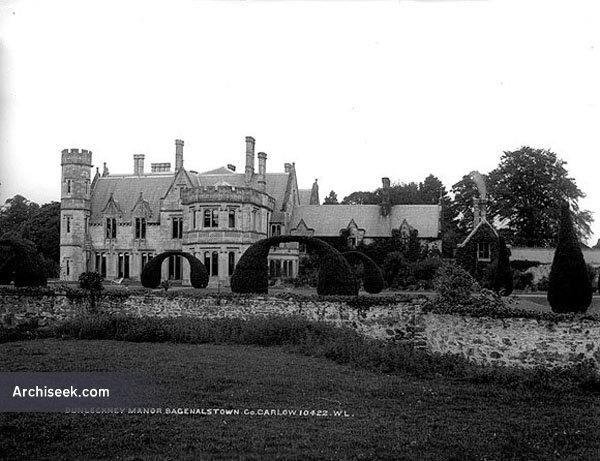 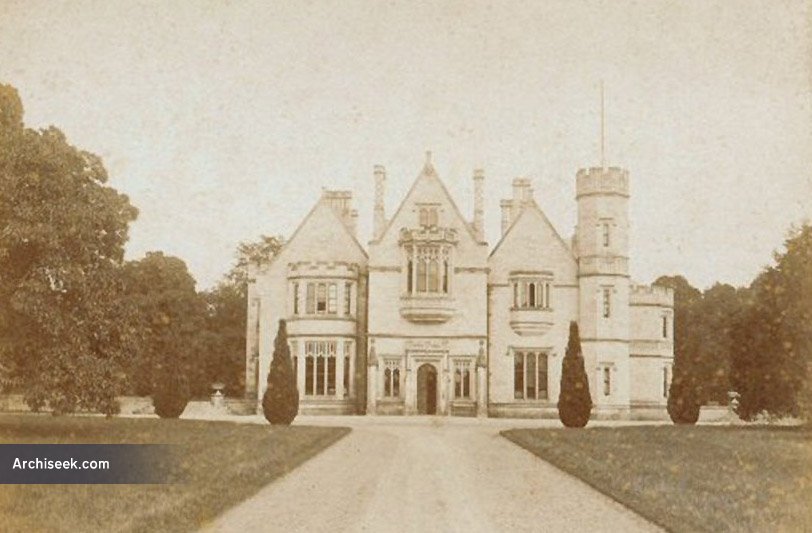 Sir Nicholas Bagenal came to Ulster as Marshal of Elizabeth 1st’s army, settled in County Carlow and founded Bagenalstown. The family’s first house at Dunleckney was built in about 1610 but a new house was built for Walter Newton, who inherited the estate from his mother, the Bagenal heiress, in about 1850. Presumedly Robertson was working on this prior to his death in 1849.