Design for memorial to victims of institutional abuse unveiled 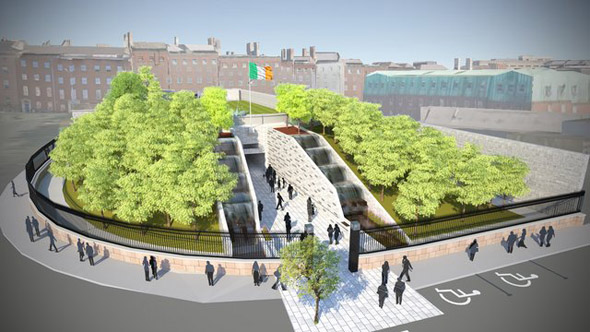 The government has announced the winner of a competition to provide a memorial to victims of institutional abuse as recommended in the Ryan Report and endorsed by Dáil Éireann. Dublin architectural firm Studio Negri and the Waterford Partnership Hennessy & Associates have been awarded the commission for their entry entitled “Journey of Light”.

Announcing the winner, Minister Quinn said, “As a strong advocate for the memorial to the victims of institutional abuse, I am pleased to announce the winning entry for the competition today. The Jury’s recommendation follows months of deliberations and consultation, including with representatives of the survivors of institutional abuse and a public consultation process. “I believe that the winning entry, Journey of Light, will act as a testimony to one of the darkest chapters in our State’s history and what we collectively as a society allowed to happen to vulnerable children. I hope it will serve as a constant reminder that we must never let such horrendous crimes against children happen again and we must strive to protect all of our children,” said the Minister.

The proposed design reinforces the importance of State vigilance in protecting its most fragile members. It is not an attempt to find closure following the revelations of traumatic cases of child sexual abuse in Ireland. The proposal creates a fluid progression between The Garden of Remembrance, which commemorates those who died for the cause of Irish freedom, with a memorial dedicated to the young victims of abuse.

The Ryan Report recommended the erection of a Memorial to victims of institutional abuse and noted the importance of the State’s formal recognition of the abuse and suffering being preserved in a permanent place.

The memorial will be erected adjacent to the Garden of Remembrance in Parnell Square, Dublin. The OPW is managing the commissioning and delivery of the project.

Minister Hayes said, “I would like to endorse what Minister Quinn has said and I am pleased that the OPW, on behalf of the Government, will have oversight and an administrative role in bringing this project to fruition.”

Following the consultation phase, the competition to design the memorial was launched in July 2011 and the Art Management Office of the OPW managed the process.

32 submissions were received and considered in Stage 1 of the competition from which 6 entries proceeded to Stage 2, where the Jury met with the competitors to discuss their more detailed and specific proposals for the Memorial. Following detailed discussions, the Jury has unanimously decided to award the commission to Studio Negri and Hennessy & Associates for their submission Journey of Light. The budget for the project is €500,000.