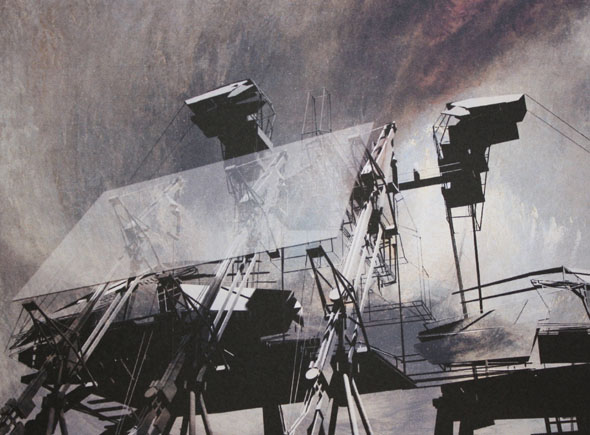 The exhibition consists of design thesis projects and works carried out during the inaugural Masters in Architecture Course at CCAE Cork School of Architecture (UCC/CIT) and the first Taught Masters Program in Ireland. The overall course framework aims to encourage a distinctive design based study that is intelligently paced. Our students are expected to display a comprehensive set of skills and abilities, whilst paying particular attention to the role of architecture in the urban context. This year 2011/2012, the design projects were carried out for sites in Istanbul, under the title City- As Palimpsest.

“The theme of the MArch—City as Palimpsest—applies both to Istanbul and the students’ work. The profusion of models, drawings and artefacts indicate a strong commitment to expressive aesthetics, tactile materiality and the poetics of contemporary urbanism. Found objects are incorporated and transformed, indicating the relevance of the past to the present, and the effects of one on the other. Instruments and devices pervade the display but, rather than dry machines, they are means to understand the self in relation to society and to cultivate the personal and collective imagination. Among its many successes, the MArch programme recognises that the buildings and cities we inhabit are infused with myths, which affect how and what we perceive. Exceptional architects are exceptional storytellers, weaving a narrative that convinces the designer as well as the users. A city also needs ‘creative myths’ that allow its inhabitants to understand it collectively and imagine its future. The same challenge applies to the Cork School of Architecture, as the works produced in this MArch programme so evocatively recognises”. Professor Jonathan Hill, The Bartlett School of Architecture, UCL

The official opening is on Friday 28th September 2012 from 6.00pm onwards at 9-10 Copley Street, Cork, and the exhibition continues until 6th October 2012.