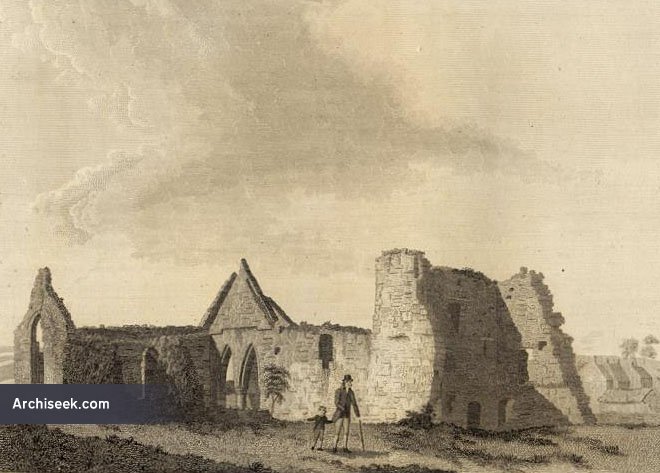 According to Lewis’s Topographical Survey of Ireland, “O’Conor Roe erected a castle here in 1406, and during the same century a Dominican monastery was founded either by MacDuil or O’Dowell, or by Phelim, son of Phelim Cleary O’Conor, who was interred here in 1448…. The monastery continued to flourish till the reign of Elizabeth, but for some time prior to the dissolution its possessions were usurped by the Corporation of Galway. A Dominican abbey was also founded at Toemonia, near the town, by O’Conor Roe which in the reign of Elizabeth was found to be in the occupation of Franciscans of the third order, on whose suppression it was granted by the Queen to Richard Kyndelinshe.” According to Coleman & O’Heyne’s “The Ancient Dominican Foundations in Ireland”, the abbey was founded in 1448. The ruins have for many years being used as a graveyard.