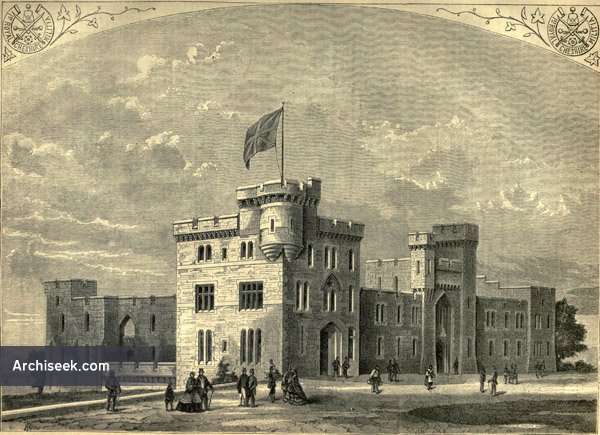 Published in The Building News, April 12 1861. A barracks for the Cheshire Militia built in the early 1860s on the west side of Castle Esplanade on the site of the nunnery, an area which had remained largely undeveloped since the 17th century.