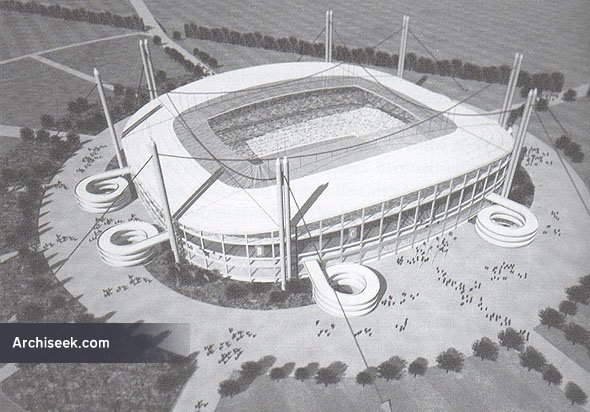 Proposal led by An Taoiseach Bertie Ahern to build a National Stadium and Sports Campus at Abbotstown. Ultimately dropped due to costs and public opposition, the stadium received the nickname “the bertiebowl” from the Irish public. The stadium would have served as the national stadium and would have hosted home games for the Republic of Ireland national football team and Ireland national rugby union team. The stadium was planned to hold 75,000 and was central to Ireland’s joint bid with Scotland to host UEFA Euro 2008. Eventually the IRFU decided to redevelop their home at Lansdowne Road Stadium.