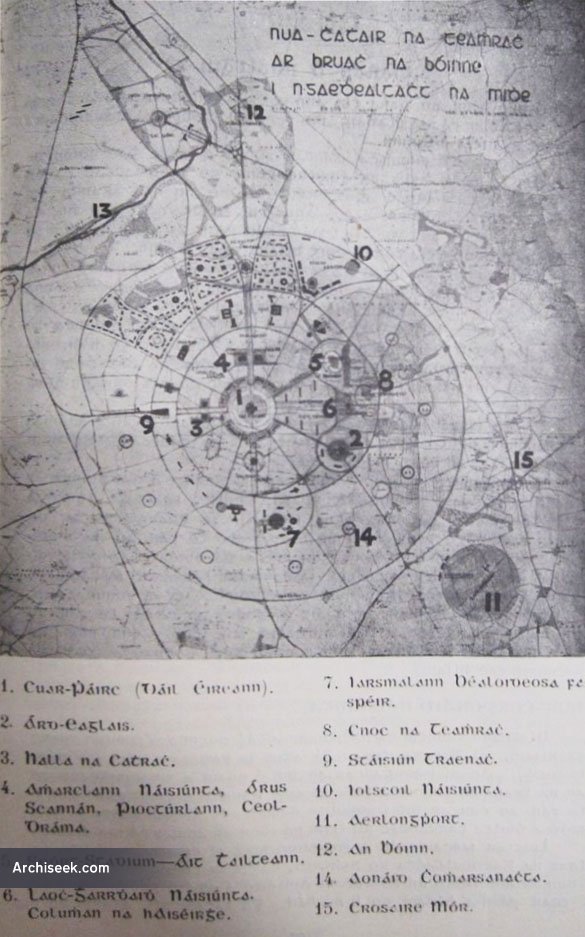 Ailtirí na hAiséirghe were essentially a facist group, fringe even by Irish facist standards, formed in 1942. The party sought to form a totalitarian Irish Christian corporatist state with criminalisation of the public use of the English language and the removal of partition.

As part of the proposals for Ireland, the architect Daithi Hanly, later Dublin City Architect drew up outline plans for a new city at Tara. This new city was to include, a university, theatre and stadium, a Speer-esque “Great National Avenue”, “Garden of Heroes”, and a “Column of the Resurrection” as the centre-piece of the city.

The aim of the city was “To restore the seat of government in the historic locale of the High Kings of Ireland, O hAinle asserted would ‘break the alien influence exercised by the denizens of Rathmines, Rathgar and the Royal Irish Academy over the Government of Ireland'” Architects of the Resurrection: Ailtirí na hAiséirghe and the fascist ‘New Order’ in Ireland