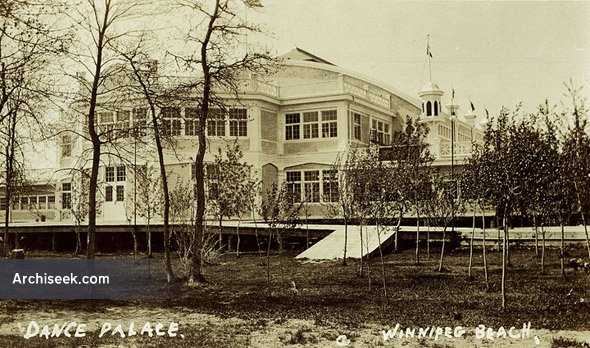 A large two-story dance pavilion, rectangular with a dome pitch to the roof which rose to the height of a third story at the peak. Four corner turrets with an additional six smaller turrets between the main ones along each long side. Along at least one side was a one-story section that extended out from the building. It went around the end and continued about one third of the way along the short side. On top of this section was an outdoor balcony. The dance floor covered 130 square metres. Demolished.