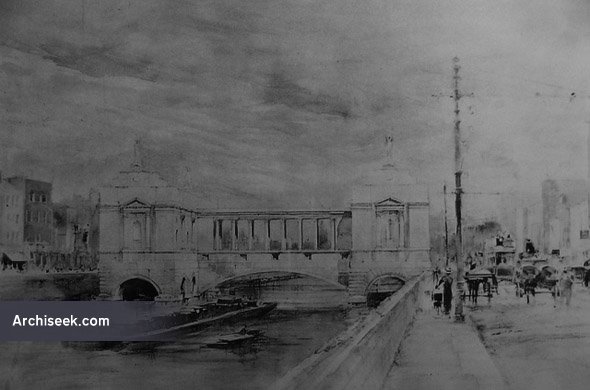 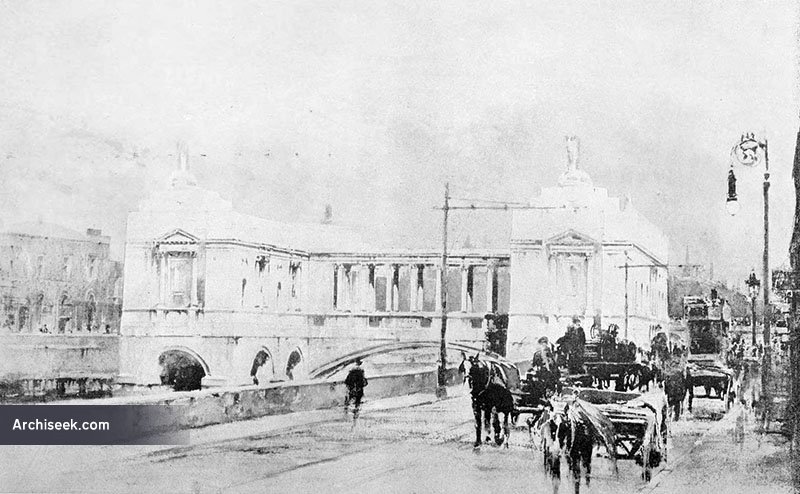 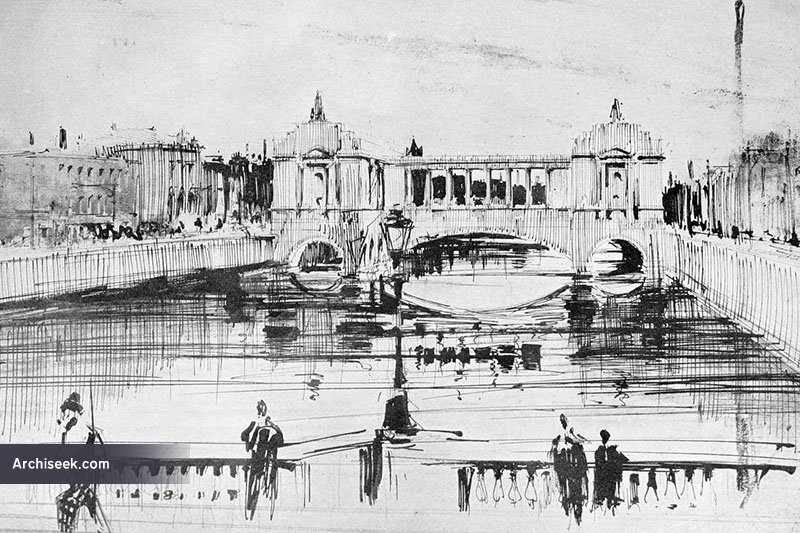 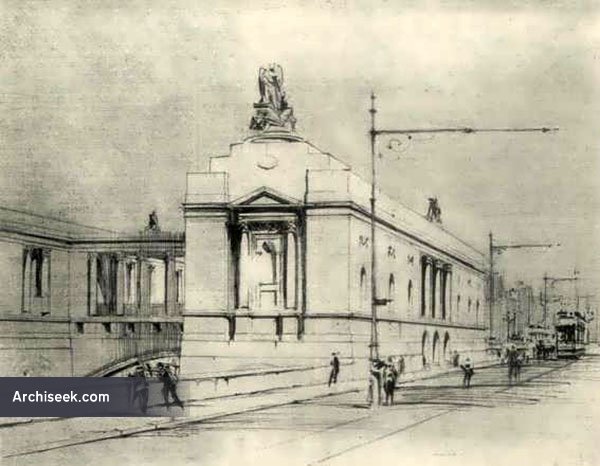 Intended to house the collection of Sir Hugh Lane, and to replace the Wellington Bridge (Ha’penny Bridge,) Lutyens design was rejected by the city corporation.

Lane was keen to use Lutyens while the city and the RIAI were pushing for an architectural competition with Lutyens as assessor. Another design by Lutyens proposed siting the gallery in St. Stephen’s Green – this was also rejected by the city. With Lane’s death on the Lusitania, the schemes died. Eventually Charlemont House on Parnell Square was converted into the Municipal Gallery.