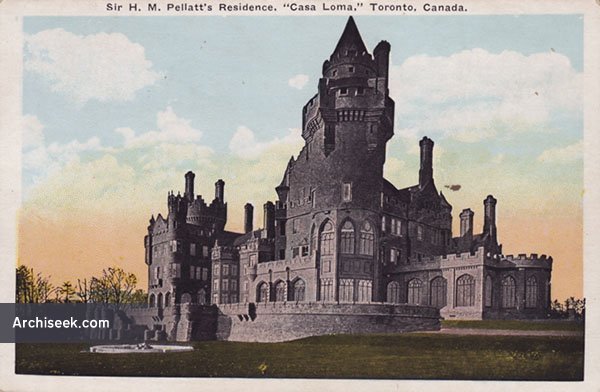 In 1911, armed with a fortune of $17 million, Sir Henry Pellatt, a Torontonian business man drew up plans with Canadian architect E.J. Lennox to build his dream castle. The land on which he planned to build had been given the name Casa Loma by its previous owner. Casa Loma took three years and $3.5 million to build. Sir Henry Pellatt filled Casa Loma with artwork from Canada and around the world. Casa Loma stood as a monument to its creator – it surpassed any private home in North America. With soaring battlements and secret passageways, it paid homage to the castles and knights of days gone by.

In 1933, the city of Toronto took ownership of the property for $27,303.45 owed in back taxes. he Kiwanis Club of West Toronto began operating Casa Loma as a tourist attraction in 1937. This agreement continued until 2011. In August 2011, the new Casa Loma Corporation was formed. The City of Toronto remains the sole owner of the site.