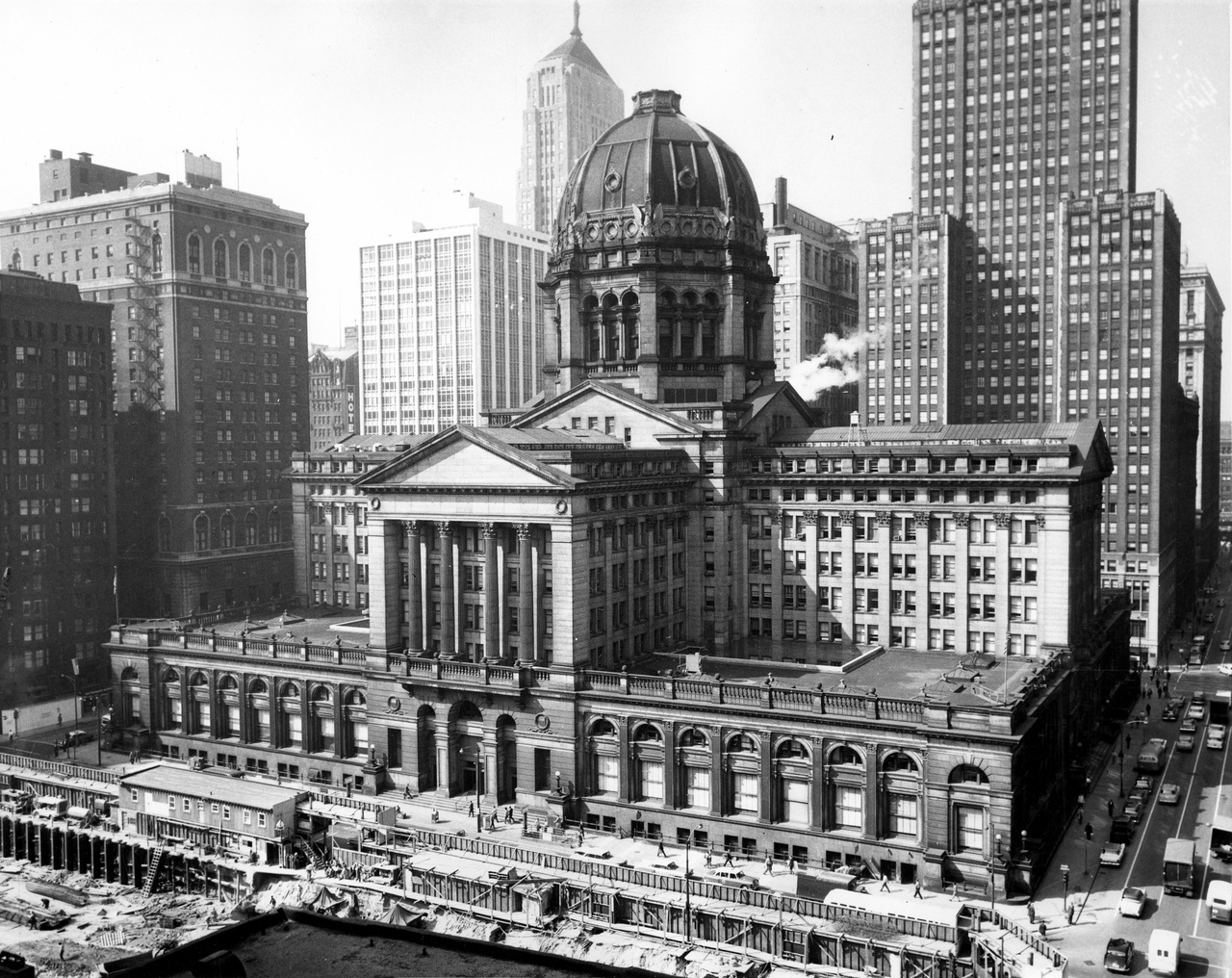 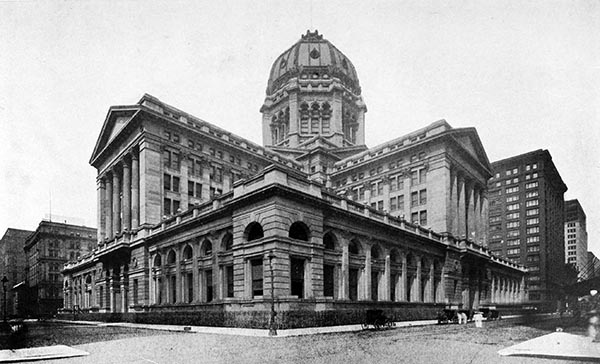 The Chicago Federal Building in Chicago, Illinois was constructed between 1898 and 1905 for the purpose of housing the midwest’s federal courts, main post office, and other government bureaus. The building was designed in the Beaux-Arts style by architect Henry Ives Cobb. The floorplan was a six-story Greek cross atop a two-story base with a raised basement. The building was capped by a dome at the crossing that held an additional eight floors of office space.. The gilt dome extended 100 ft above the drum. The four wings met under the dome to form an octagonal rotunda, that was open to the ninth floor. The rotunda’s 100 ft diameter made it larger than that of the United States Capitol in Washington, D.C. The building was demolished in 1965 and replaced with the Kluczynski Federal Building.