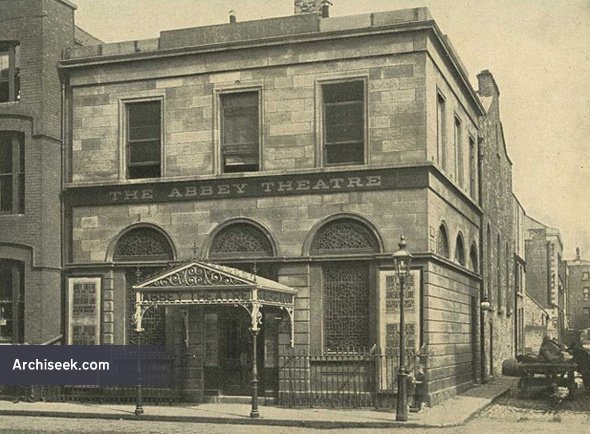 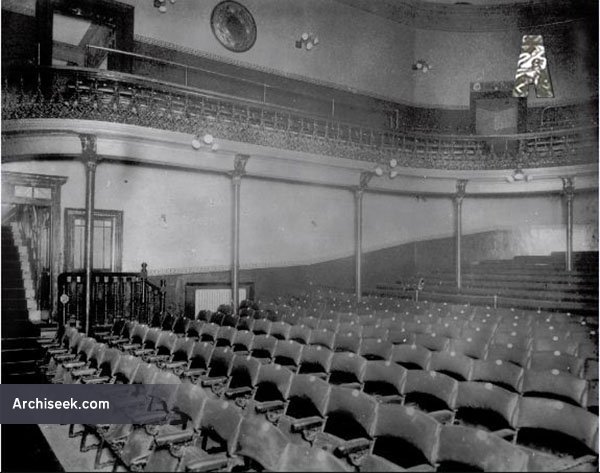 The Abbey first opened its doors to the public on 27 December 1904 in the former Mechanics’ Hall, also known as the Hibernian Theatre of Varieties. Prior to opening as the Abbey, the interior was remodeled by architect Joseph Holloway. He reused the existing structure of the auditorium and balcony, but he completely remoulded the proscenium arch, created a new entrance on Marlborough Street, introduced a substantially different seating arrangement, and changed every aspect of the décor, fixtures and fittings.

Despite losing its original building to a fire in 1951, the theatre was rebuilt to a design by Michael Scott and reopened in 1966. After the demolition of the Mechanics’ Hall facades, the stonework was rescued by Dublin architect, Daithi Hanley, who intended to preserve it.

Computer reconstruction imagery of the interior as it was in 1904, courtesy of Hugh Denard and Noho.