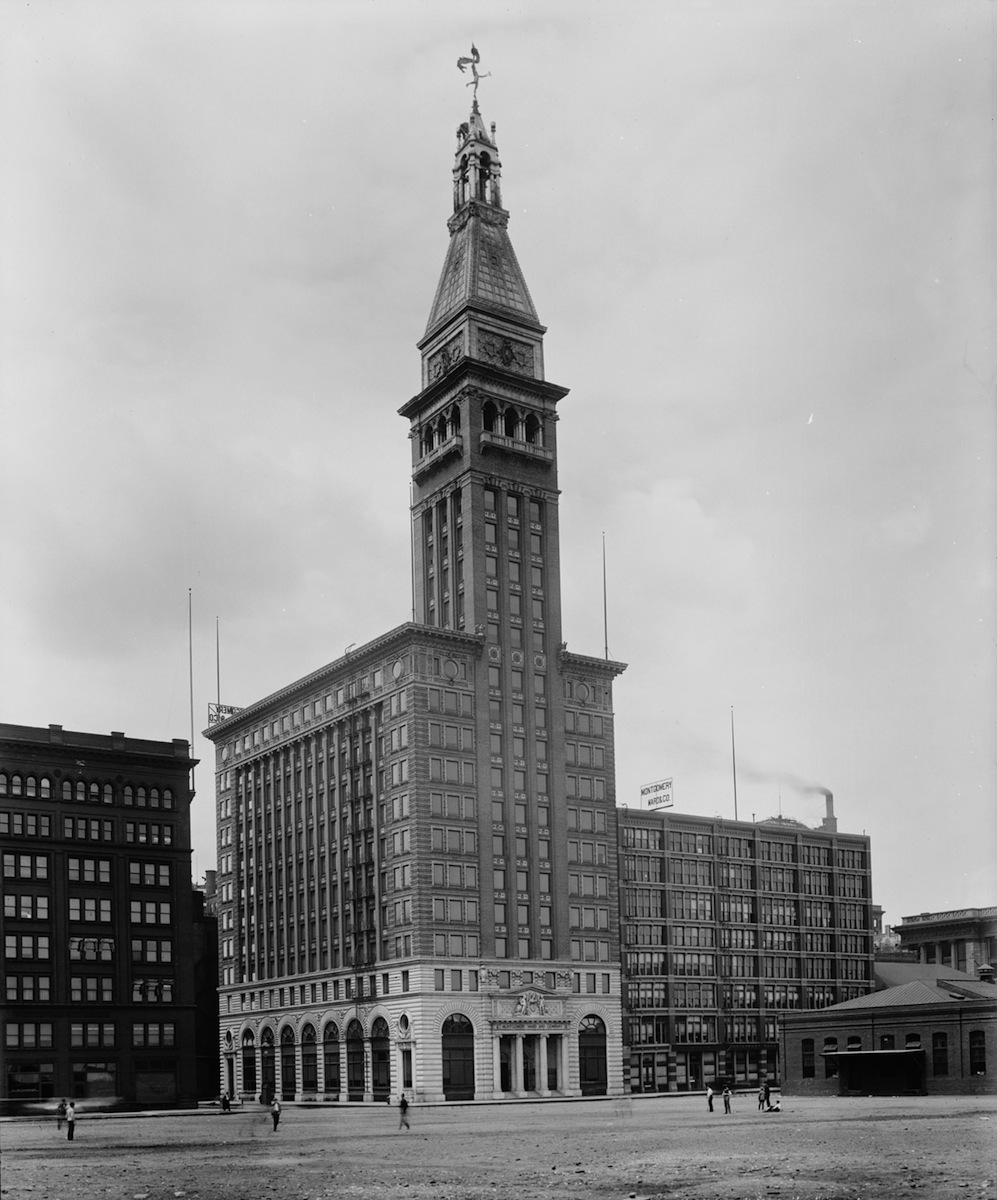 Constructed as the headquarters of the Montgomery Ward company; a major player in the American Midwest until the late 20th century. The building was erected to enhance the stature of the company, and invoke a sense of trust in its customers. Four added floors to the main building in the 1940s had the effect of shortening the appearance of the tower – the removal of the pyramidal roof actually shortened it.