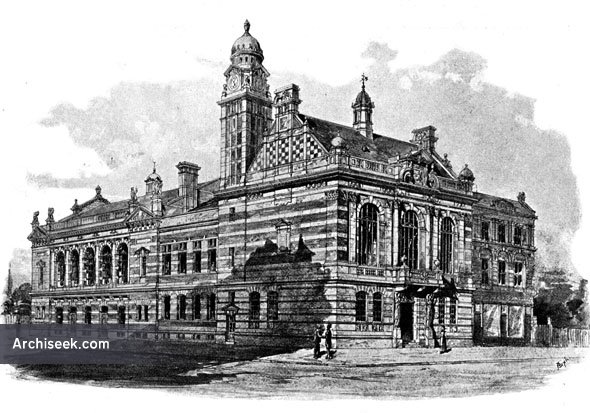 Accepted design for Rotherhithe Town Hall, View from Neptune Street and Lower Road. After Rotherhithe Council merged with the old Bermondsey Borough Council in 1905, it cease to be a townhall and became a library and museum. During the Second World War, it, because of its proximity to the docks, was repeatedly damaged and then destroyed by bombs. The first damage to the building occurred when Luftwaffe bombs landed near by in April 1941, and again in February and mid-June 1944. Later the same month (June 1944) it was very severely damaged by a direct hit by a V1 doodlebug. In November 1944 it was further damaged by near misses only to be destroyed by one of the last V1s to land on London.