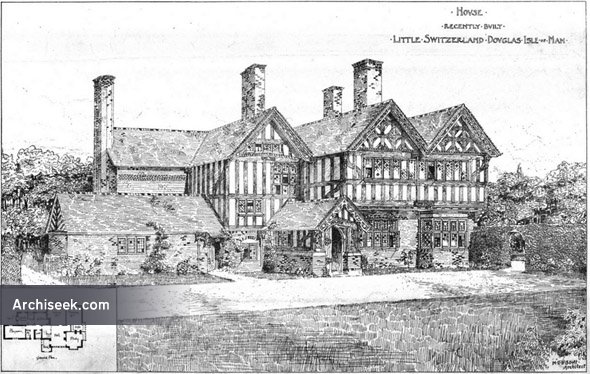 House built in the area known as Little Switzerland. Perspective View including plan published in The Building News, March 9th 1894. Baillie Scott is famous for his architecture, interior designs and involvement with the Arts and Crafts movement. After his marriage in 1889 to Florence Kate Nash he moved to the Isle of Man. Initially he worked with Frederick Saunderson a Civil Engineer before setting up his own architectural practice in Athol Street. He also designed and had built the Red House, Douglas and lived there until he left the Island in 1901.

1894 Architecture of the Isle of Man Baillie Scott Douglas