Harrow on the Hill 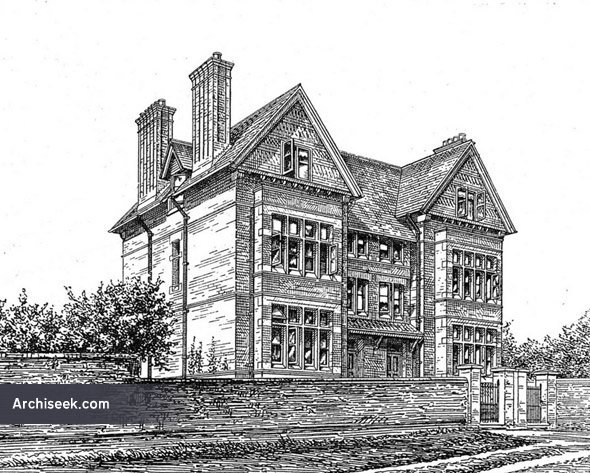 Perspective view including ground plan published in The Building News, December 31st 1886. “Our illustration represents a pair of semi-detached houses designs by Messrs. Carpenter & Ingelow for Mr. William Winckley FSA. They are situate on the main London road on the summit of Harrow Hill, south side, and command magnificent views, including Windsor Castle, the Surrey and Dorking hills, Richmond Hill and a pretty stretch of the Grand Junction Canal near Greenford-green. They are very substantially built of crimson red bricks from Leverstock-green with the best Bath-stone dressings. The roofs and gables are covered with Broseley tiles. The mantelpieces are of American walnut, of artistic design, supplied by Messrs. W. Walker and Sons of Bunhill Row E.C. The subsoil is of a sandy loam, and the locality, according to the reports of the medical officer of health, one of the healthiest in the kingdom. The houses are situate east and west and having bay windows in the garden front, the range of view is increased. The site is well sheltered both from the east and the north. There are a few vacant plots on the same site facing due south, on which it is hoped a similar style of building with be continued. The Metropolitan Railway station and Public School are within easy distance. The water is supplied by the Colne Valley Water Company.”