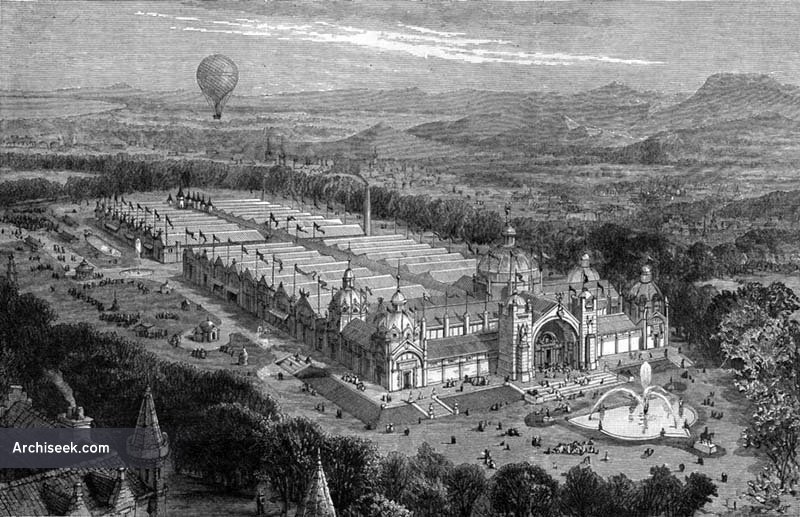 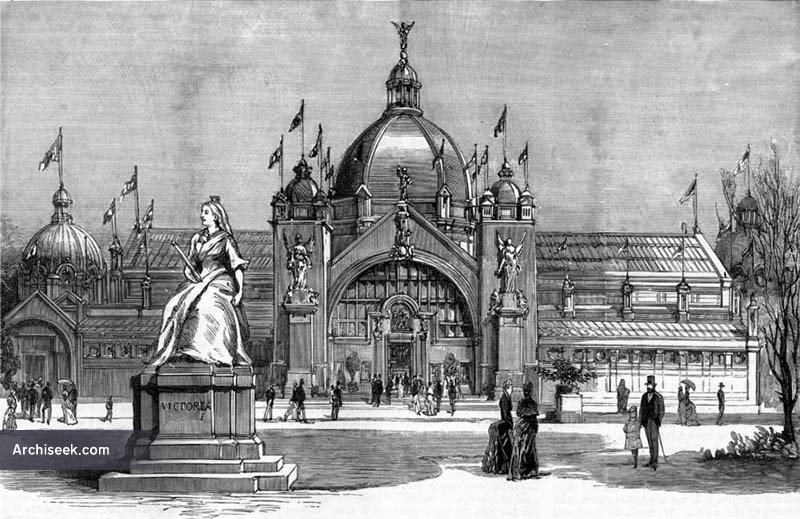 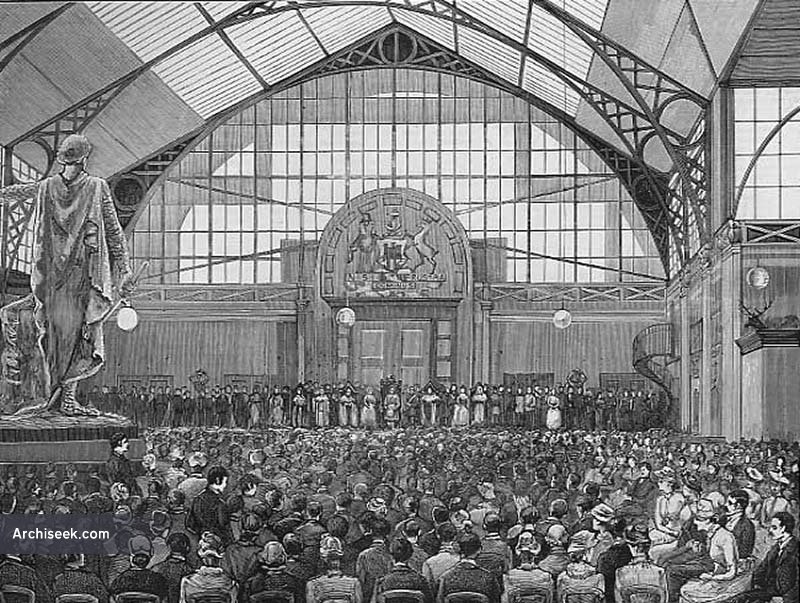 In 1886, Prince Albert Victor, grandson of Queen Victoria, officially opened the International Exhibition of Industry, Science and Art, a sensational spectacle in the grand Victorian tradition held on the West Meadows. The exhibition ran from the 6th of May to the 30th of October 1886 and attracted 2,770,000 visitors. It was intended that the Grand Hall would remain as a permanent feature but it fell foul of an Act of Parliament, forbidding all permanent structures on the Meadows, and the site was quickly cleared. Charles C. Lindsay’s massive pavilion occupied nearly half the Meadows and visitors were treated to rows of exhibition space running off of a central corridor. The pièce de résistance was the 120-foot high dome in the Grand Hall.