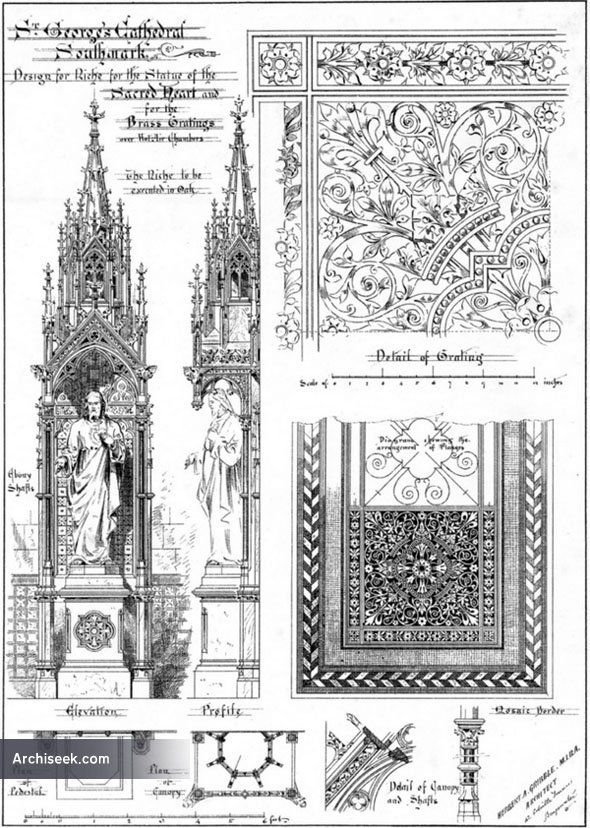 St.George’s is the Roman Catholic cathedral in the Archdiocese of Southwark, south London. Opened in 1848, it was designed by Augustus Welby Northmore Pugin. Pugin was the first person to be married in the Cathedral on 10 August 1848 to his third wife Jane. Interior fittings were later added by Herbert Gribble, the architect of the Brompton Oratory. The Cathedral was badly bombed in 1941 and the rebuilt Cathedral was opened in 1958. Design published in The Building News, May 30th 1879.