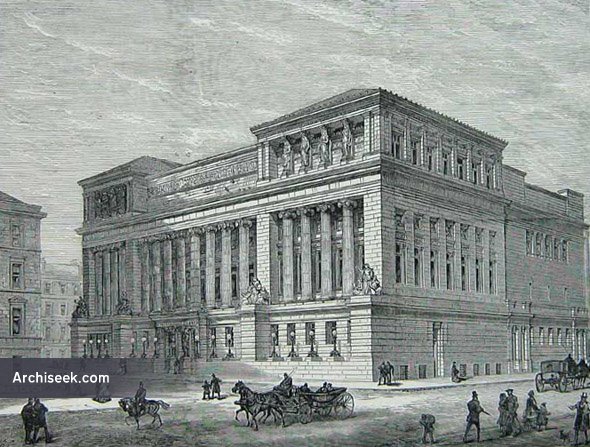 With its massive and striking classical facade, with four large sculptured groups by artist John Mossman, St. Andrew’s Hall was funded by a private company to meet the demand for a large hall in the West End. It cost £100,000 and included a Grand Hall which could hold 4,500 people, and two smaller halls called the Berkeley and the Kent. There were also several lesser halls in the complex and a 72 feet by 50 feet ballroom. Interiors destroyed by fire in 1961, and the building was added to the adjacent library for more space. The Granville Street f facade remains intact.