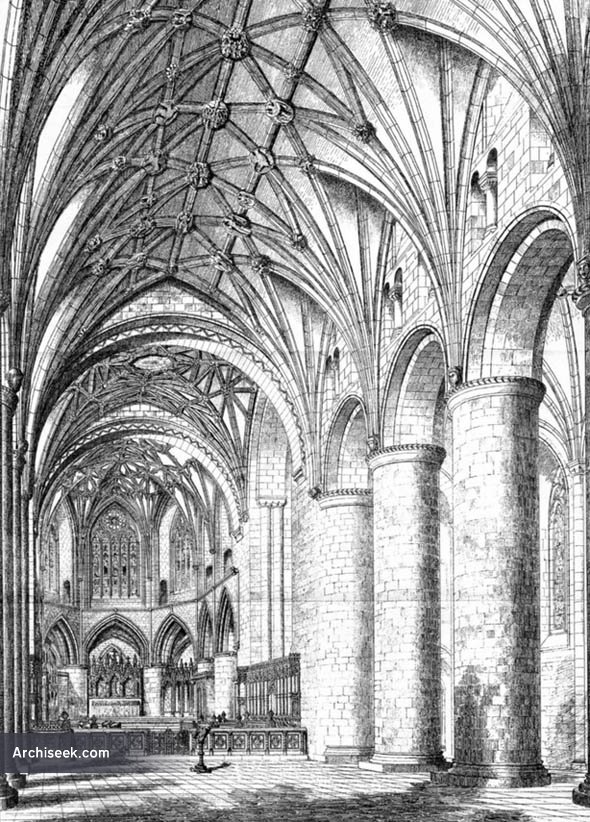 Interior View shewing proposed arrangement of portion of Choir. Some restoration undertaken in the 19th century under Sir Gilbert Scott included the rood screen that replaced the one removed when the Abbey became a parish church. Published in The Building News, May 11th. 1877.