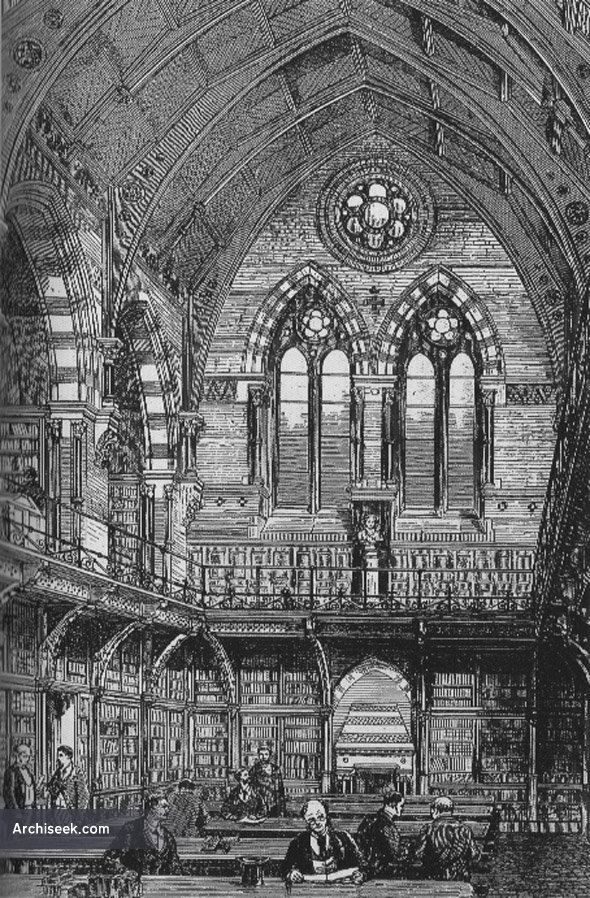 Illustration showing the interior of the Old Library as originally designed by W.H. Lynn. The building was described by the English poet Philip Larkin (who was sub-librarian at Queens in the 1950s) as resembling “a large church designed by an ecclesiastical architect”. The building was extended by Lynn in 1911 with later internal works carried out to subdivide the internal spaces. The design of the building owes a lot to the theories of John Ruskin – Lynn was an admirer – and the ornate Victorian interior was one of the finest in Ireland.