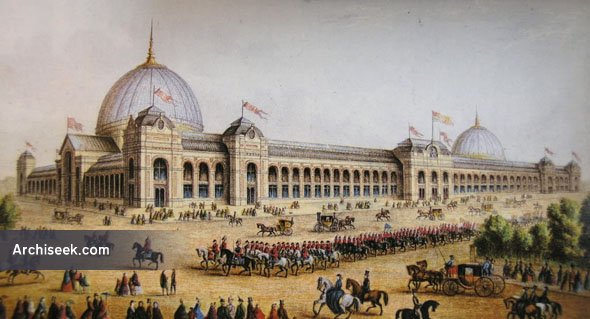 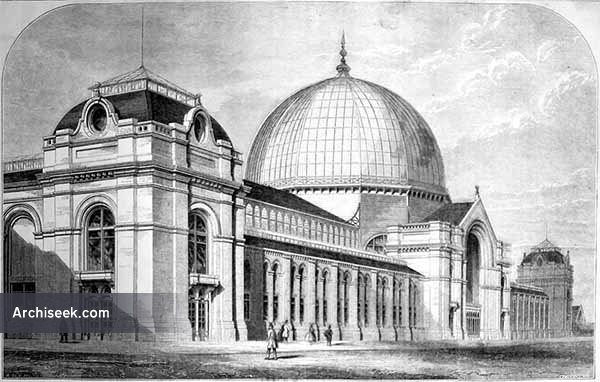 Held in South Kensington, on a site now occupied by the Natural History Museum. The buildings, which occupied 21 acres, were designed by Captain Francis Fowke of the Royal Engineers, and built by Charles and Thomas Lucas and Sir John Kelk at a cost of £300,000 covered by profits from the Great Exhibition of 1851. They were intended to be permanent, with much of the construction of cast-iron, though facades were brick.

Picture galleries occupied three sides of a rectangle on the south side of the site; the largest, with a frontage on the Cromwell Road was 1150 feet long, 50 feet high and 50 feet wide, with a grand triple-arched entrance. Behind the picture galleries were the “Industrial Buildings” . These were composed of “naves” and “transepts”, lit by tall clerestories, with the spaces in the angles between them filled by glass-roofed courts. Above the brick entrances on the east and west fronts were two great glass domes, each 150 feet wide and 260 feet high – at that time the largest domes ever built.

Parliament declined the Government’s wish to purchase the building and the materials were sold and used for the construction of Alexandra Palace.