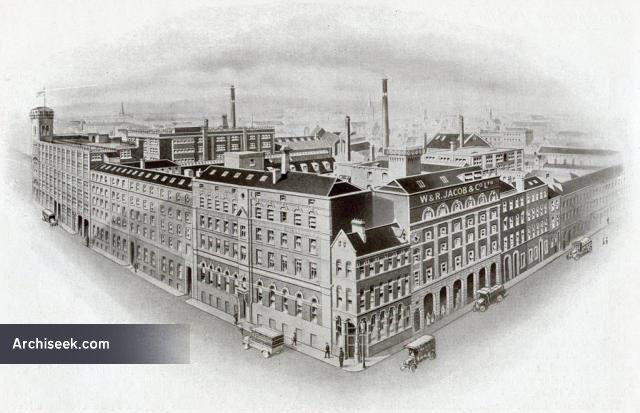 The massive factory developed over several years for W. & R. Jacob & Co, who moved their small bakery from Waterford to Dublin. Vacated by Jacobs in 1976, after they moved to a new plant in Tallaght. At its height, hundreds of workers were employed here. The Bishop Street premises was one of several prominent Dublin buildings occupied by rebels during the Easter Rising of 1916. 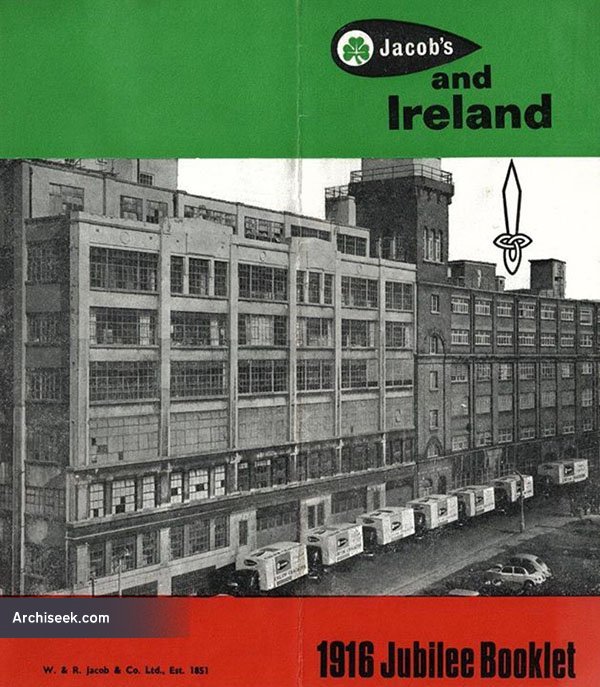 After a fire destroyed the empty building, the site became the location of a college of the Dublin Institute of Technology; and the National Archives. Only a stone arcade at street level remains. Additions and alterations from the early 20th century up to the mid 1960’s were carried out by Beckett & Harrington.

In 2009 after 156 years of making biscuits in Ireland, Jacob’s shut its Tallaght plant.