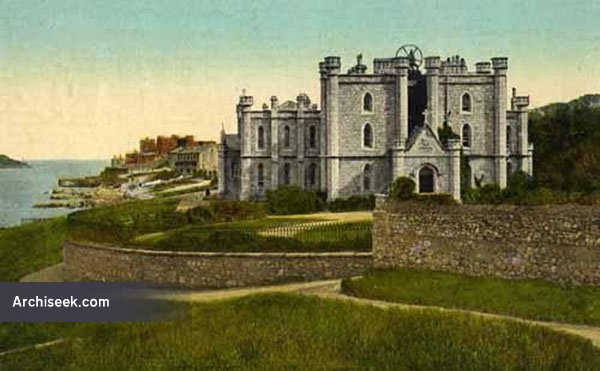 Founded in 1841 by Frances Teresa Ball (1794-1861), a native of Dublin. Her first foundation was at Rathfarnham and was called Loreto Abbey, from which title the sisters became known as Loreto sisters. While negotiating the purchase of common land that was this site, Ball rented Bullock Castle, where she operated a small boarding and day school from 1841 until 1843. In 1842 she succeeded in buying the site at Dalkey. By all accounts, Frances Teresa Ball acted as her own architect and her castellated building of Dalkey granite was opened as a boarding and day school on 17 August 1843. Later extensions to the school and convent buildings by W.H. Byrne & Son, and T.J. Cullen.