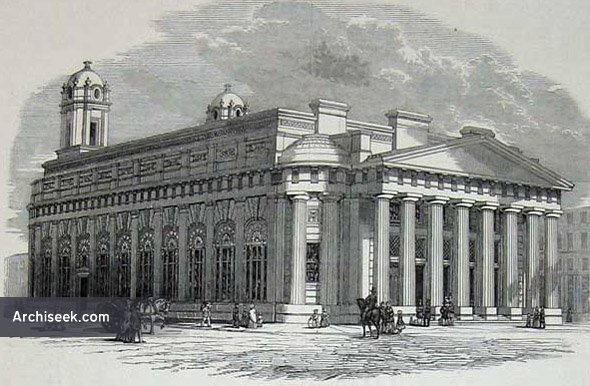 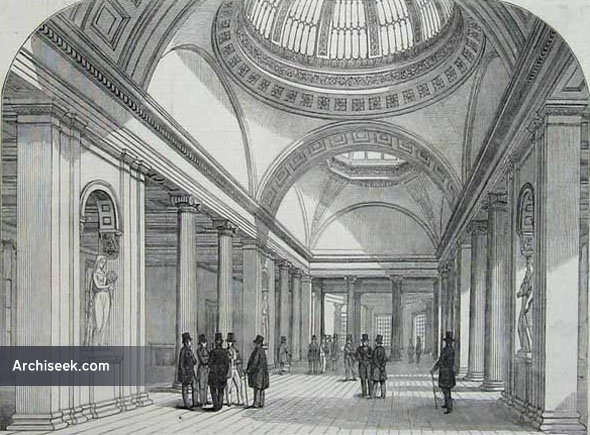 The first Manchester cotton exchange opened in 1729 but closed by the end of the century. A second exhcnage by Thomas Harrison opened in 1809 and this was further extended by 1849. This, the third exchange, was constructed between 1867 and 1874, and further extended and modified by Bradshaw Gass & Hope between 1914 and 1931 to form the largest trading hall in England. The trading hall had three domes and was double the size of the current hall. The exchange was seriously damaged during World War II when it took a direct hit from a bomb during the Manchester Blitz at Christmas in 1940. Its massive interior was rebuilt with a smaller trading area.
The top stages of the clock tower, which had been destroyed, were replaced in a simpler form. Cotton trading ceased in 1968, and the building was threatened with demolition. The building remained empty until 1973 when it was taken over to house the Royal Exchange Theatre.